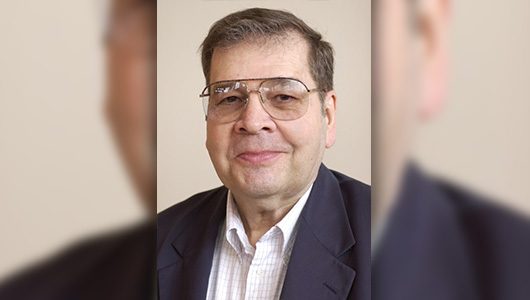 Ralph Yount has given hope to millions of people who will never know his name. During his 44-year career as a professor of chemistry and molecular biosciences at WSU, Yount’s study of muscle function advanced medical understanding of diseases such as muscular dystrophy, ALS, and myasthenia gravis. His work focused on the way muscles contract, specifically the relationship between a muscle protein called myosin and ATP, the molecule involved in energy transfer. His creation of an ATP analog was critical to work that eventually led to two Nobel prizes and has been cited in more than 4,000 papers.

In the spring of 2020, WSU recognized Yount with an honorary doctorate.

Yount’s extraordinary achievements as an educator and scientist have been recognized throughout his career. The National Institutes of Health (NIH) funded Yount’s work for 43 years without interruption and awarded him a MERIT grant in 1986, the first year the grants were established. This is one of the longest continually funded projects at the NIH. In 2001, former WSU President V. Lane Rawlins chose Yount to be the first recipient of the Eminent Faculty Award, the University’s highest award for faculty excellence over an extended period. In 2020, the University bestowed Yount with an honorary doctorate.

“Ralph Yount is what a faculty member should be,” said Rawlins. “He questions every decision, is a tireless and brilliant researcher, loves to teach, and is a superb colleague.”

In 2003, he was among the first three faculty members named to the newly-established rank of Regents Professor. He was also the first Edward R. Meyer Distinguished Professor of Biochemistry and Chemistry.

When it came to teaching, Yount often went the extra mile to recruit talented prospects and help them succeed. One of his doctoral students, James Wells, became a member of the National Academy of Sciences and was awarded the Regents’ Distinguished Alumnus Award in 2017.

“Yount’s career at WSU—as well as his kindness and compassion—have left an indelible mark on the institution,” says Michael Griswold, Regents Professor and director of the School of Molecular Biosciences.

“Ralph demanded excellence of everyone, including himself. WSU is a better institution because he was here.”

Yount has served as vice president and chairman of the Muscular Dystrophy Association‘s postdoctoral fellowship committee for 15 years. He is currently professor emeritus in chemistry at WSU, where the Ralph G. Yount Distinguished Professorship in Sciences has been established in his name.