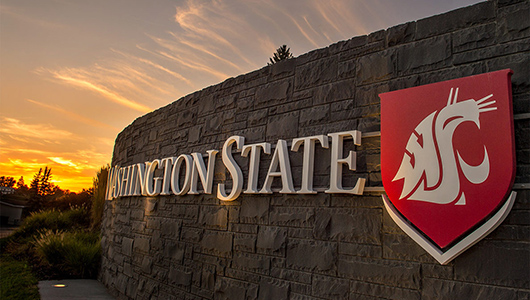 The Thomas S. Foley Institute for Public Policy and Public Service is bringing its Fall 2020 lecture series online with political science professors and experts from across the country. Political Science 400, an undergradute class that tracks with the lecture series, is also being offered this semester.

Although there are challenges, the move to online lectures means more people have an opportunity to watch live and be engaged in discussions, and it is possible to connect speakers from across the country to the WSU community, said Cornell Clayton, director of the Foley Institute.

The fall lecture series will be divided in sections, the first dealing with events and phenomenon that set the stage for the November election. The first of these lectures will be given by Lilliana Mason, an associate professor of Government and Politics at the University of Maryland, College Park and will be centered on political polarization. Conspiracy theories and social media, the Electoral College and voting reform are among the topics on the docket later this fall.

A full lineup of the semester’s lectures can be found on the Foley Institute’s website. All events will be taking place at noon, and can be watched afterwards on the institute’s website or its Youtube page.

“With this series we knew that because it’s an election year people are going to be inundated with all of the events surrounding the horse race of the campaign,” Clayton said. “We’re less interested in that and more interested in providing academic and scholarship perspective on what’s going on within the campaigns and the election process.”

It isn’t the first time Foley staff have had to adapt to online lectures. Several events in March and April were moved online following the university’s move to distance learning in response to the COVID-19 pandemic.