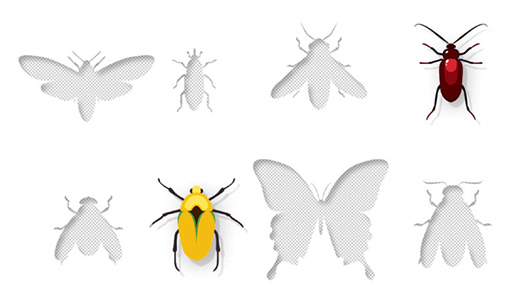 Over the past couple of decades an increasing number of reports have warned of dramatic declines in insect populations worldwide. Faced with data sufficient to cause grave concern, WSU scientists embrace a mixture of trust in insect resilience and a determination that despair is not an option.

Referring to her efforts to restore pollinator habitat and rebuild threatened butterfly populations, WSU Vancouver conservation biologist Cheryl Schultz says, “I wouldn’t be doing this if I didn’t think there was hope.”

One roadblock to insect conservation is that insects have yet to gain the attention that larger, more charismatic fauna enjoy. An exception is the monarch butterfly.

Schultz coauthored an article in Frontiers in Ecology and Evolution last July that raises an alarm over the Western monarch. The butterfly suffered a decline of 97 percent between the 1980s and the mid-2010s. It suffered an additional plummet in the winter of 2018–19, to fewer than 30,000 individuals. The overall drop in the Western monarch population since the 1980s is thus approximately 99 percent, bringing it to what biologists consider a “quasi-extinction threshold.”

Schultz brings to the monarch conservation effort long experience. Over the last couple of decades, she led the effort to head off the extinction of the lovely Fender’s blue butterfly in the Willamette Valley (WSM Summer 2011).

As a result of efforts by Schultz and colleagues—doing the science, coordinating public-private partnerships, and investing massive amounts of time—the Fender’s blue is a rare success.

“It’s one of very few insects that are recovering,” says Schultz. The U.S. Fish and Wildlife Service is actually considering changing the butterfly’s status from “endangered” to the less severe “threatened.”

“Not to say climate change isn’t important. It is. But when people say it’s all about climate, then there’s nothing you can do about it.

“Climate clearly influences year to year variation. But in our signals the long-term decline” is caused by habitat loss and fragmentation.

There are “a lot of very tangible things we can be doing.”

Read the full story A world without insects? by Tim Steury in Washington State Magazine.