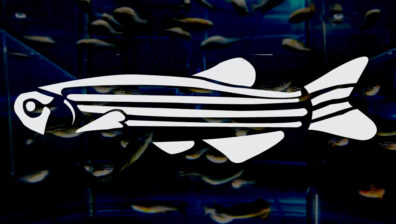 Allison Coffin, a neuroscientist in the College of Arts and Sciences at WSU Vancouver, focuses on hearing, hear-loss prevention, and even on sensory cell regeneration—something no mammal is known to be able to do, unlike many birds and fish.

For sound to get from the air around us to our brains, it passes through a kind of Rube Goldberg device, funneling through a canal, stopping to play a drum solo, then moving through the cochlea where the vibrations tickle tiny cilia sticking out of sensory cells. Once stimulated, the hairy bits pass ions down canals that, finally, bind to auditory nerves, generating electrical signals that our brains parse as sound.

Coffin is especially interested in those sensory “hair” cells because if they become damaged, hearing loss is the consequence.

Sensory cells can be damaged in a variety of ways. Continued exposure to loud noise, certainly. That’s why Coffin, who is married to a drummer with a music studio in their home, carries earplugs with her at all times. Aging, too, often comes with reduced acuity due to cell damage.

“This side effect was only discovered when patients reported not hearing as well,” Coffin says. “Hearing loss is never tested during the drug development process. There are over 100 drugs suspected of causing hearing loss. And there’s new drugs in development all the time.”

Coffin and her colleagues recently won a commercialization grant that funds their efforts to design a system that should be able to detect whether a drug in development may potentially cause hearing loss.

Coffin explains that drug development often starts with a chemical structure which is tweaked until it delivers the desired result. The tweaking process might result in thousands of variations on the original structure.

“When Boney was an undergraduate at WSU,” Coffin says, “he worked in my lab for nearly four years.” One of the projects he worked on looked for drugs that prevent hearing loss. “We’re really benefiting from his skills,” she adds.

Coffin’s team is also collaborating with Athira Pharma, a WSU spinoff led by Leen Kawas (’11 PhD Pharm.). “Athira has an Alzheimer’s drug in clinical trials that we want to test for hearing loss prevention. We already know that a former version of that drug prevents hearing loss in animal models,” Coffin says.

Her lab is working with Rewire Neuroscience, an artificial intelligence startup in Portland. When CEO John Harkness was a post-doc at WSUV, he developed software that can analyze images of cells, counting and sorting them as it goes. Building on that platform, Coffin’s goal is to develop a fast, automated technology that will help tune the drug development process and make it safer for ears. And to that, hear, hear!