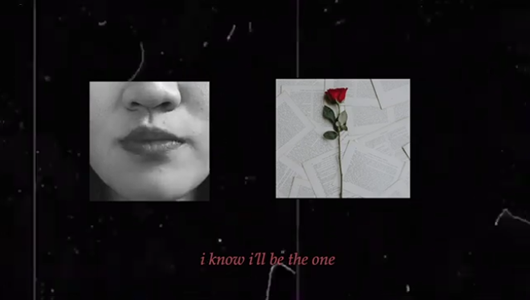 When America’s first youth poet laureate, Amanda Gorman, presents another of her original poems during Super Bowl LV events on Sunday, WSU campus civic poet Allyson Pang will be among the millions of people cheering her on.

Like Gorman, Pang wants to use her education and creative writing skills to make the world a better place.

“In my poetry, I always want to inspire and motivate people,” said Pang, a 20-year-old junior from Honolulu, double-majoring in English and journalism.

Gorman’s stirring poetic recital at the U.S. presidential inauguration on Jan. 20 was a passionate call for social change, and her Super Bowl poem will spotlight three people the NFL is honoring for outstanding community leadership during the global pandemic. She often draws from current political events in her literary work, continuing a long tradition of poets speaking up for the oppressed and speaking out for justice – a tradition Pang also seeks to advance with her words.

“We learned that quiet isn’t always peace, and the norms and notions of what ‘just is’ isn’t always justice.” –From “The Hill We Climb” by Amanda Gorman

Carrying the torch for others

Using her poetic voice to speak up for marginalized members of the student community helped earn Pang the honor of being named campus civic poet, said Bryan Fry, a scholarly assistant professor of English, a poet, and one of Pang’s creative writing teachers.

“There have always been, through our oral tradition, poets who have carried the torch – who have been able to put words in writing that speak for larger groups, conveying something urgent that is happening,” Fry said. “Students like Ally Pang have already been carrying that torch here, advocating for each other through spoken word and poetry.”

Fry’s students learn about the power of literature to shape society, and he and his colleagues in the College of Arts and Sciences help young scholars find opportunities to make a difference in the world through their creative work.

“When you start talking to students about using language as a way to empower them and their communities, you feel an energy in the room, you see smiles, you see a passion from them wanting to know more,” he said.

“Poetry can have an impact on people. It has the potential to shake the Earth. Amanda Gorman demonstrated that with her inauguration poem, ‘The Hill We Climb’ – she spoke to our urgency and the urgency of a lot of people who have felt undermined, abused, powerless during our country’s previous administration and our history.”

‘The personal is political’

For English instructor and poet Colin Criss, “It is the tying of oneself to a message that convinces me of a speaker’s sincerity,” he said. “When Amanda Gorman was tasked with writing a poem tied to a moment of national direction, I was excited by her attachment of herself to that direction. Her ‘we’ is not tossed off as a politician’s instinct – it is a considered understanding of herself in the context of a broader project and an invitation to us to join her. She is placing herself in the throes of the task and she is inviting us to help,” Criss said.

“Even lyric poetry – the most private, personal expression of emotions – is ultimately political in that it invites us to consider much broader political and social structures,” said Donna Potts, professor and chair of the English department and a published poet.

She points to the influential work of Langston Hughes, an American writer and social activist of the 1920s to ’60s and an innovator of the literary art form called jazz poetry, a precursor of beat poetry, and more recently hip-hop music and spoken-word poetry known as “slam.”

“When Langston Hughes writes in ‘Let America Be America Again,’ it is from personal experience as an African American, ‘America never was America for me’ – but he also captures the experience, past and present, of racial oppression for so many Americans,” Potts said.

Gorman, Pang, and Sea Sharp, a Pushcart Prize-winning poet and former student of Potts, are among many modern writers who are continuing this poetic tradition, she said.

The best of slam

Pang is especially drawn to the slam style of poetry, and Gorman’s inauguration exemplified what she considers the format’s best qualities: it was personal, powerful, and meaningful, and “it got a lot of people’s attention.”

“I definitely think it’s an artform that’s going to change some stuff in our society,” Pang said.

“Part of what makes slam poetry powerful is that it gets people to stop and listen because we’re talking rhythmically, in a way that’s different from written poetry. It’s intended to be said out loud in a language that’s meant for everyone and they can understand your message quickly,” she said.

“The best slam poets – and Amanda Gorman really showed this – they’re able to have that kick of slam poetry, and that passion behind it, while also keeping some calmness to it without sounding like they’re ranting.”

Woman empowerment is a frequent focus of Pang’s poems, but she writes broadly to speak to others as well, particularly fellow writers and artists.

“My poetry might focus on, perhaps, issues relating to body image and the insecurity that follows, but when I perform the poetry, I’m trying to empower whoever doesn’t feel empowered,” she said. “Artists sometimes deal with a lot of stereotypes and stuff, so I like to write poetry that kind of says, ‘Hey, guys, we are an incredible group of people and we should continue making art!’”

Pang is looking forward to returning to the Pullman campus this fall and reciting her work at in-person events. She now participates in Open Mic literary events hosted online by Potts and fellow English faculty member and poet Linda Russo. She also stays busy as editor-in-chief of the student literary magazine LandEscapes and creating content for her YouTube channel.

“This is going to sound really cheesy and cliché, but the English department really feels like a family to me,” Pang said. “I’ve gotten so many opportunities to meet professors and other creative students at English events and art events. They’re all really welcoming and willing to encourage you and support you, no matter what your creative endeavors are. And, because of that welcoming environment, I got a lot of great experiences I never expected to have.”

Top image: Screenshot from Allyson Pang’s video recitation of her poem “The Crown”