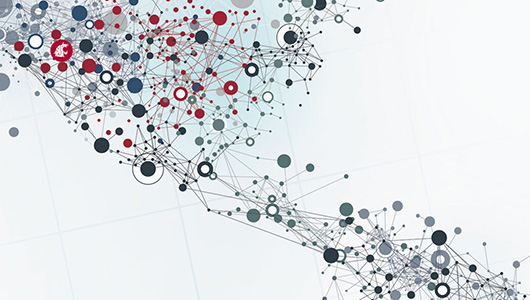 Washington State Magazine reached out to Washington State University international alumni to see how they were holding up during the ongoing COVID-19 pandemic. With an email questionnaire and interviews conducted by Zoom, phone, and Skype, the responses came in from ten countries on six different continents. Many reported using the skills and knowledge gained while studying at WSU to help their home nation and local communities recover.

Two of the alumni featured are CAS graduates:

“We’re in the midst of a second wave or an extended first wave of COVID⁠—it feels like a never-ending tsunami!” writes Nicola Perera (’15 MA English) in an email from Colombo, Sri Lanka.

Perera works at the University of Colombo and says that although Sri Lankans are familiar with curfews from recent civil war years, the extended curfew of the COVID-19 lockdown was extraordinary. 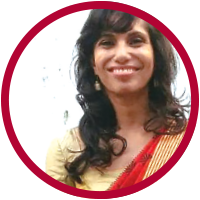 “Initially, the government raised the curfew for a half-day in which people trudged over several hours under the sun to their nearest supermarket to stock up on emergency groceries,” she writes. “Eventually, the government organised deliveries of essential items to neighbourhoods.

“After a few weeks, it was possible to have sushi delivered to your door as well as rice, vegetables, and flour. So, if you were among the fortunate minority guaranteed job security and a paycheck to weather lockdown, then you watched the headlines and spent more time than usual over the stove.

“However, for many people dependent on daily wages, lockdown meant worrying about rent and where the next meal was going to come from,” Perera writes. “The government did organise donations of cash through local officials, but it was an insubstantial amount and many families fell through the cracks.

“The government has also stranded a large number of people who were working abroad as domestic aides or in factories. The money they send home is the largest source of foreign income to the Sri Lankan economy. These people have lost their jobs and are sleeping in streets and parks, with no way of coming home. At the same time, there’s a segment of Sri Lankan expatriates who are being repatriated in luxury hotels for the quarantine period.”

Although Perera has remained healthy, she worries about coming into contact with asymptomatic carriers and of becoming one herself. During lockdown, she relied on phone, email, and Facebook to keep her sanity but says it also meant “struggling to keep from climbing the walls and getting on the nerves of those around you.”

“My mother nearly burnt our kitchen down,” Perera writes. “She was staying with us while she recovered from severe ill-health and left a saucepan of hot oil unattended on the stove. The next thing we knew, the cupboards above the stove were ablaze. No one was hurt. The cupboards were charred. Our nerves are still frayed.”

Tuariki Delamere (’74 Math., Acc.) turns his laptop to show me the bucolic farm scene outside his window. It’s springtime at his home on the slopes of New Zealand’s majestic Tararua Mountains. 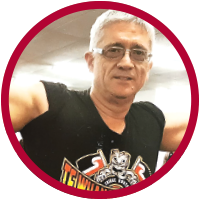 The farm is Delamere’s safe house while New Zealand battles its second wave of COVID infections⁠—a nation that leads the world in successful control of the virus.

The former WSU track star is famous for his wicked sense of humor and flashy forward somersault during the long jump. As a member of one of New Zealand’s indigenous Ma-ori tribes, Delamere rose to prominence in Parliament and also served as minister of immigration. Today, the avid Cougar football fan runs an immigration consultancy in Auckland.

“I was in Auckland when the pandemic arrived in mid-March,” he says. “Prime Minister Jacinda Ardern locked down the country a week later and gave people 48 hours warning.

“Because I have several comorbidities, my kids shipped me off to the farm for 12 weeks where I had no interaction with anyone except a few family members. I ran the business from home, contacting clients on Zoom. And, I was able to keep training for track and field Masters events, doing my shot put and hammer throws in the paddock.”

Delamere says his business has boomed since COVID brought the whole immigration sector to a grinding halt.

“Those living outside New Zealand with visas haven’t been allowed to return even if they have homes here,” he says. “Some have expired visas and they are stuck offshore. Many have lost jobs in Europe or the USA. Plus, a lot of people temporarily living in New Zealand don’t want to go back home where infections are very high.

“Only New Zealand citizens, permanent residents, and those with occupations deemed critical to the economy can enter the country,” he says. “Hollywood was allowed to fly in 200–300 people for the next Avatar movie. And, the American Cup race is held here, so overseas teams are allowed in as it’s worth hundreds of millions to the economy. But the average Joe is not expected to be allowed in until sometime in 2022.”

Delamere says New Zealand was COVID-free for 102 days before the second wave hit.

“We had allowed New Zealand citizens to return to the nation from other countries. They all had to quarantine for 14 days but somehow, one got out and infected an airport worker who went to a big church and didn’t know he was sick. There were 500 people singing and it spread. Once it was identified, all the churches were locked down and we used contact tracing.

“The system’s not perfect but New Zealanders are very willing to be compliant,” he says. “Sixty thousand have gone through the quarantine process but only five went nut job and broke out of their quarantine places. These are five-star hotels with a ring fence and military guards. Five did escape, if you like, and three of them were sentenced to prison for a month.

“Although the economy has problems, we’re lucky because the government acted well. I think being an island at the bottom of the world is also very helpful.”

To hear from more international WSU alumni, read the full story in the WSM Spring 2021 issue.