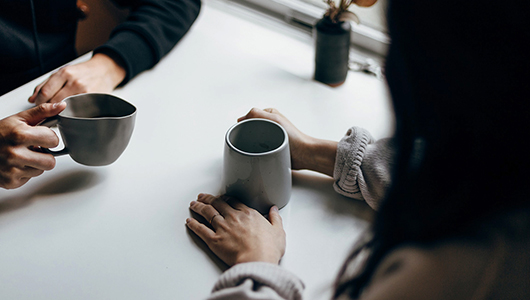 “This approach has the potential to help anybody who would like to change their alcohol use but might not be ready or able to stop entirely,” said WSU psychology professor Susan Collins, lead researcher for a randomized clinical trial and lead author on the findings published in journal The Lancet Psychiatry.

In the study, more than 300 people from three Seattle homeless shelters and programs were randomly assigned to four groups receiving different services: the first group received behavioral harm reduction treatment, which is a form of collaborative counseling that does not require sobriety or drinking reduction, plus an anti-craving medication called naltrexone; the second had the counseling and a placebo; the third, the counseling alone; and the fourth served as a control group receiving regular services.

All three groups that received the behavioral harm reduction treatment over a three-month period saw more improvement than the control group—with the most improvement in the group that had both the counseling and the anti-craving medication.

“We found participants didn’t have to stop drinking to start recovery,” said Collins, lead author on the study. “We didn’t ask participants to change their drinking in any particular way, but looking at the averages generated in our statistical models, we found that people who got the combined counseling and medication experienced a 59% reduction during their treatment in the number of drinks consumed on their heaviest drinking day.”

Other improvements during the three-month treatment included a 43% reduction in overall alcohol-related harm, a 29% reduction in frequency of drinking and a 10% improvement in people’s self-assessment of their physical health.

All participants were asked to fill out surveys at different intervals related to their alcohol use, health and quality of life. While the group that had counseling and medication showed statistically significant improvement on five out of six measures, the other two groups that had harm reduction counseling but no active medication showed statistically significant improvement on three out of the six measures.

The researchers also tested urine samples. Participants who received combined treatment and medication were almost three times more likely to have undetectable levels of an alcohol biomarker than those in the control group, meaning their drinking had declined significantly.

For over a decade, Collins and her co-authors from the University of Washington and the VA Puget Sound Health Care System, have been working together with people who use substances and community-based agencies to develop evidence-based behavioral harm reduction treatment for alcohol use disorder.

The treatment involves a set of three strategies to reduce the negative effects of alcohol use. First, interventionists support patients in setting their own treatment goals instead of dictating that they quit. Second, interventionists and patients discuss ways to stay safer and healthier even when drinking. Third, instead of just tracking sobriety, interventionists work with patients to collaboratively measure and track different kinds of alcohol-related harm that may be important to patients.

“Oftentimes, these folks are labeled ‘treatment failures,’ but we started to realize after many years of doing this work, maybe it’s us, the treatment system that’s failing them, more than the other way around,” said Collins. “What we do with harm reduction treatment is try to meet people where they are at. Instead of falling into this paternalistic, advice-giving approach that turns people off, we try to support them in reaching their own goals.”

Many of the study participants had multiple goals, only some of which involved reducing drinking. As might be expected, the most common goal was finding more stable housing, but other goals included re-connecting with family, finding work and engaging in hobbies they once enjoyed.

While this study included people experiencing homelessness, the findings also hold potential for other people with alcohol use disorder, Collins said.