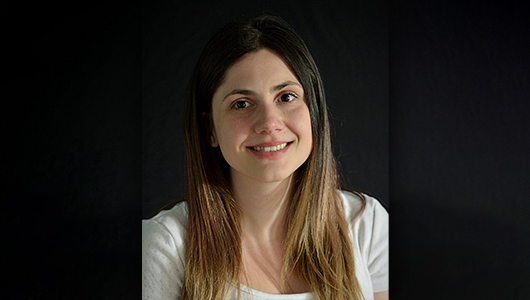 In addition to winning first place in her division for a compelling, three-minute overview of her complex, years-long biological research project, Milica Radanovic won a place among 23 graduate students selected nationwide by the Ecological Society of America (ESA) to inform Congress about the importance of funding scientific research.

“We are living during a time of global change and scientists have a social responsibility to push for positive change,” Radanovic said. “This will be achieved when scientists learn to effectively communicate with policymakers and the public. Voices in policy need to be diversified, barriers keeping people from science need to be torn down, and we need to work together for the greater good.”

“Early careers scientists who are passionate about understanding and contributing to the world of policy are needed now more than ever,” said ESA President Kathleen Weathers.

The GSPA students will meet virtually in April to learn about the federal legislative process and science funding, hear from ecologists working in federal agencies, and receive policy and communication training before talking with lawmakers on Capitol Hill.

A thesis in three minutes

Radanovic, a doctoral candidate in the School of Biological Sciences, was among five doctoral students who vied for the CAS Pullman Three Minute Thesis competition’s $1,000 top prize and a chance to compete in the university-wide event. Contestants were tasked with presenting their multi-year research projects in three short minutes, using language a general audience could understand, and each using only one visual slide.

Radanovic took the top CAS prize and the People’s Choice award on March 12, and will compete in the Washington State University Three Minute Thesis finals to be broadcast and streamed online by Northwest Public Broadcasting on Wednesday, March 24.

A brief description of Radanovic’s research, as well as all the other the fascinating projects by CAS 3MT contestants since 2015, is available online.