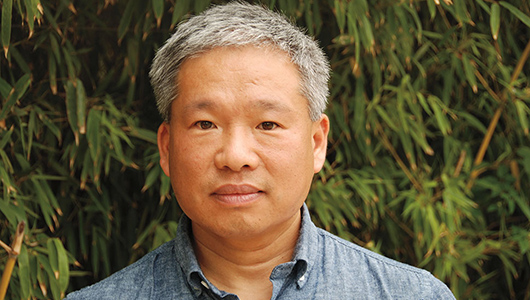 On a miserably cold November day in 1885, a mob of 500 White businessmen, police, and political leaders stormed Tacoma’s Chinatown, determined to immediately force out the residents.

“This so-called, and notorious, ‘Tacoma Method’ was lauded by Tacomans and other city leaders as a lawful and orderly way to expel the Chinese population from town,” says Xiuyu Wang, associate professor of history at WSU Vancouver and a first-generation Chinese immigrant.

Methodically, the mob forced the entire Chinese community to pack up and march eight miles in a downpour to the train station. There, the Chinese had to buy their own tickets to Portland. Those who couldn’t afford it rode in boxcars or were made to walk 140 miles along the tracks. Two men died of exposure. Days later, their homes and businesses were burned to the ground.

“To be sure, the avoidance of violence and bloodshed was an improvement over the tactics of lynching and murdering used elsewhere against “the Chinese” during the 1800s. But it nonetheless left a sad legacy in the city’s history without producing compensatory employment benefits or lasting effectiveness. Tacoma, in fact, suffered economic loss after expelling its Chinese residents.”

Wang says not all Whites at the time approved or joined such attacks against the Chinese. Many White leaders in government, churches, and companies opposed the illegal assaults.

Yet, a few months later in February 1886, a similar mob with anti-Chinese sentiments descended on Seattle’s Chinatown demanding that residents pack their bags and report to the steamship Queen of the Pacific. This time, Washington Territorial Governor Watson Squire ordered the release of the Chinese and when the rioters ignored him, federal troops were called in. Chief Justice of the Supreme Court of Washington Territory Roger Green also stepped up and prevented the ship from leaving until the Chinese were given a chance to stay in Seattle. Most chose to leave.

“American immigration politics has always been more difficult and divisive in moments of economic downturn, when resource competition was most intense,” says Wang. “These events occurred in the 1870s and 1880s when the railroad boom had ended, and recessions set in causing economic distress among blue-collar workers and intensified labor disputes.

“But the larger cultural backdrop of this behavior has been the slow process in which America learns to find elements in Chinese and Asian culture that are compatible, acceptable, and valuable,” he says.

“That level of unwillingness and inability to recognize mutual worth has tended to coincide with the moments of self-doubt and ideological crisis which periodically grip this otherwise generous and good-willed nation.”