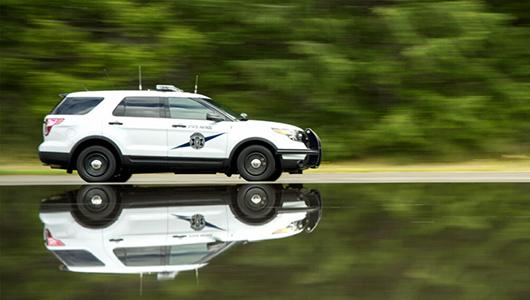 In an analysis of five years of traffic stops conducted by the Washington State Patrol, researchers with WSU’s Division of Governmental Studies and Services (DGSS), with support from faculty from the Department of Criminal Justice and Criminology, found no evidence for intentional, agency-level racial bias.

“This research connects the expertise of Washington’s land-grant university to a pressing public issue,” said DGSS Director Christina Sanders. “Our results help inform policy and public dialogue for the better, offering opportunities for improved in-person interactions with the people of our state, fine-tuning of trooper management and training, and better service to Washington overall.

Racial profiling and biased policing have received increased attention nationwide. Contracted by the Washington State Patrol (WSP) in 2020 to examine traffic stop records for evidence of bias, WSU researchers analyzed data from more than 7 million trooper contacts, including more than 3.4 million traffic stops, 47,000 calls for service, and 175,000 collisions, occurring from Jan. 1, 2015, to Dec. 31, 2019.

WSU studies on WSP practices during the past  four decades have built university capacity and experience in law-enforcement review. Prior independent WSU reviews include statewide surveys and traffic stop analyses, and a study of two million WSP contacts between May 2000 and October 2002.

“Washington State Patrol leaders should take pride in the fact that they are genuinely interested in knowing exactly what the data show and are not backing down on their commitment to further investigate and make changes for improvement,” Sanders added.

Examining traffic stop data, WSU scientists found that no groups were significantly overrepresented in both officer contacts and calls for service.

Researchers also compared stops made during the day to those made at night, under the assumption that if racial profiling is occurring, there would be more stops of people of color during daylight, when it is easier to see the race of a driver.  Differences between day and night stops were minimal, and for many groups the stop percentages were equal.

Examining data from more than 120,000 searches, scientists found that Native American, Hispanic, and Black drivers are more likely to be searched than White drivers.  White motorists received the most citations, but their overall proportion of total citations fell over the five-year period. Asian/Pacific Islander and Hispanic drivers are more likely to receive a citation compared to White drivers, but Native American and Black drivers are statistically less likely to receive a citation.

DGSS will work with WSP to study and better understand areas of apparent, unexplained disparities for Black and Hispanic drivers. Researchers plan to conduct in-person focus groups with community members to learn about their experiences and relationship with officers. Scientists also suggested ways to improve data collection for future studies.

“We appreciate and respect the findings from WSU’s Division of Governmental Studies and Services,” said WSP Chief John R. Batiste. “They are recognized nationally and internationally as impartial and thorough academic professionals, and their findings are both trusted and instructive. I am heartened to see that once again, after thorough study, no evidence of systemic or intentional bias can be found in our traffic enforcement operations.

“However, we will continue to constantly monitor our operations and use trusted outside reviewers and advisors to continuously improve,” Batiste added. “In our business, there is simply no room for failure when it comes to fairness.”

The study was funded by the Washington State Legislature and WSP.