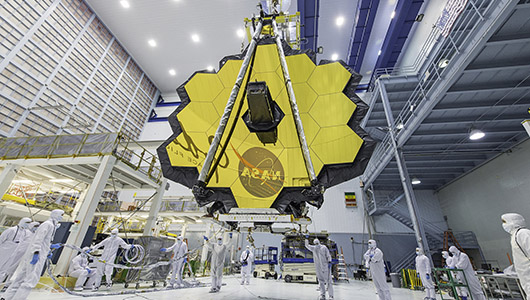 Vivienne Baldassare, a WSU assistant professor of physics and astronomy, is part of a research team that will use NASA’s new James Webb Space Telescope to determine if distant star clusters and small galaxies have black holes at their center, similar to larger galaxies such as the Milky Way.

In addition to being the largest telescope ever sent to space—upon reaching orbit the James Webb will unfold to the size of a tennis court—the $10 billion successor to the Hubble Telescope is 100 times more powerful and specifically designed to look for stellar objects in the infrared spectrum.

“We’re trying to figure out if these smaller galaxies and star clusters contain massive black holes at their center and, if so, how much they weigh and what does that tell us about their formation,” Baldassare said. “Even using something as advanced as the Hubble Telescope, we haven’t had the technical capability to determine if these compact stellar systems contain black holes until now.”

All relatively massive galaxies such as the Milky Way are known to contain a supermassive black hole at their center with a mass that can be billions of times greater than the sun. In comparison, little is known about what lies at the heart of much smaller compact stellar systems, such as globular clusters, ultra-compact dwarf galaxies and nuclear star clusters.

Webb’s unprecedented infrared sensitivity will enable Baldassare and her collaborators to search for the telltale signs of black holes in compact stellar systems 65 million light years away in the Virgo Cluster. Specifically, they will be looking for gravitational distortions caused by black holes on the stars, gas, and space around them.

“For extremely massive blackholes and really large galaxies, it is a lot easier to do this,” Baldassare said. “But for the smaller blackholes that may be only 100,000 times the mass of the sun, the region of gravitational influence we can observe is much smaller so we need a telescope with the resolution of the JWST to see them.”

Baldassare is hopeful she and her research team, which is led by Mathew Taylor of Canada’s Herzberg Institute of Astrophysics, will be able to start collecting data for their project sometime next year.

Their work could ultimately shed new light on the formation of celestial bodies that have in many ways remained a mystery to scientists for decades. 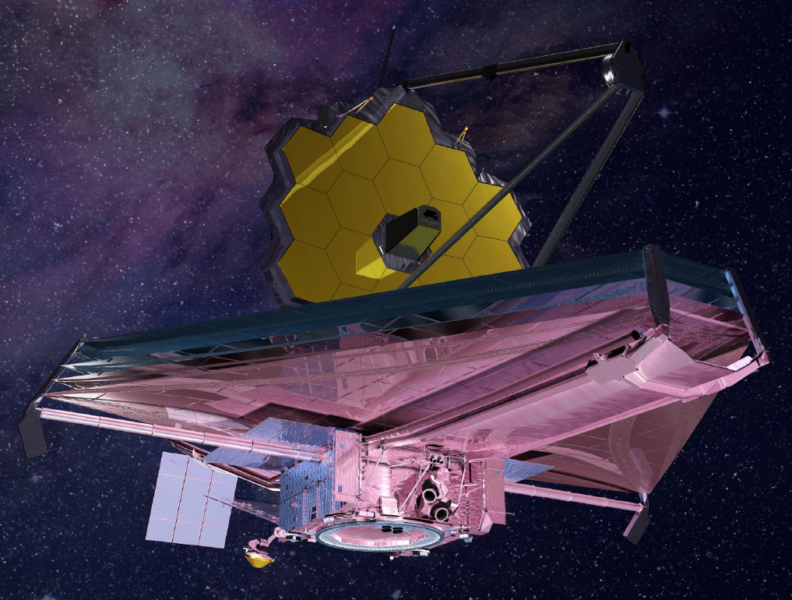 In addition to her own research, Baldassare said she is excited about the myriad of other scientific questions the James Webb will enable researchers to explore.  The telescope’s state-of-the-art instruments are fine tuned to see the glow from the very first stars to shine in the universe, an event theorized to have occurred over 13.5 billion years ago.

“One really interesting thing that folks are hoping James Webb will be able to do is to actually detect some of the earliest black holes that formed in the early universe,” Baldassare said. “It’s really exciting.”