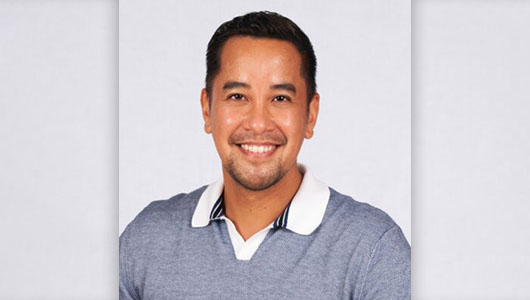 WSU assistant professor Aaron Agulay has been honored with the Bayard Rustin Excellence Award for his commitment to the LGBTQ+ community.

“We are currently living in a time when society is greatly divided,” Agulay said. “Music is constantly thought of as a universal language through which society can come together, coexist, and bond. Through bonding, we can co-construct with one another and heal.”

The award, the first of several WSU MLK Spirit Awards to be announced in 2022, recognizes individuals or groups who serve as advocates and activists for equity, inclusion, and social justice, and/or work toward the advancement of the LGBTQ+ community.

It is named after Bayard Rustin, an American civil rights leader best known for serving as an advisor to Martin Luther King, Jr. and helping to organize Freedom Rides, the Southern Christian Leadership Conference, and the March on Washington.

Agulay teaches voice in the School of Music and views his work as an artist and performer as a method to further equity and inclusivity through the arts and cultural expression. He said that with the right combination of performers, lyrics, and instruments, music can build group identity, stir strong emotions, engage audiences, and inspire people to take action on social justice issues.

“Honestly, my work would not happen without the programs and people already in place at WSU—all whom support those of every pronoun by providing resources for personal growth, development, and learning,” he said.

Jacqueline Wilson, assistant professor of bassoon and theory who nominated Agulay for the award, said she has witnessed Agulay’s commitment to equity and inclusion many times. For example, Agulay serves as the chair of the school’s diversity and culture committee that recently implemented a climate survey to assess equity and inclusion progress.

“Aaron led the committee through an analysis and the development of an action plan to drive culture change in the School of Music that has already resulted in promising initiatives,” Wilson said.

She also points to his work as a member of the Elson S. Floyd Cultural and Performing Arts Signature Series Committee, which takes an innovative, artistic, and interdisciplinary approach to recognizing diverse artists and communities. Most recently, the series hosted Joy Guidry, a non-binary Black bassoonist and composer, for performances on the Pullman campus.

Chris Dickey, assistant professor of tuba and euphonium and chair of the President’s Commission on Gender Identity/Expression and Sexual Orientation, said during the virtual ceremony that the commission’s executive team voted unanimously to give the award to Agulay.

“Aaron Agulay’s record for both his leadership and advocacy is both commendable and inspiring,” Dickey said. “His impressive work truly embodies the Rustin spirit and shows a commitment to the advancement of the LGBTQ+ community.”

Lifting up the community

The MLK Spirit awards are given annually to students, faculty, staff, alumni, and groups who embody the spirit and vision of Martin Luther King Jr., according to Allen Sutton, executive director for the Office of Social Justice Education & Outreach in the Division of Student Affairs.

“The MLK Celebration and the Spirit Awards call upon the ‘better angels of our nature’ to learn and grow to be an equitable and inclusive Coug family,” Sutton said. “We are focused on honoring those leaders who lift us up as a WSU community.

Watch a recording of the virtual presentation.