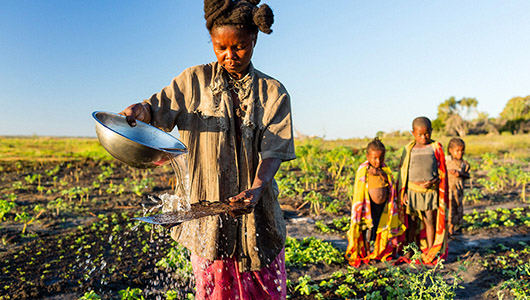 Communities on the frontlines of climate change want to take the lead in choosing their own adaptive strategies.

Whether or not humanity rises to the challenges of a warming planet may depend on it, according to a WSU-led paper recently published in Nature Climate Change.

Anne Pisor, assistant professor of anthropology, and an international team of researchers propose a bottom-up approach to climate change adaptation where communities on the front lines play a leading role in the decision-making process.

“Currently most governments and other organizations involved in addressing climate change prefer to fund initiatives where decisions are made about what to do at a higher level and then these decisions are passed down to local communities, like towns or neighborhoods, to implement,” Pisor said. “The issue with this is that what seems like a good strategy to these organizations may not actually work on the ground.” 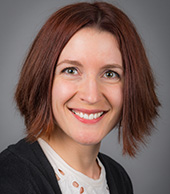 Instead, the authors argue that communities — which are often rural, Indigenous, and/or poor — should be enabled to choose their own responses to climate change because they have often been doing it for a long time.

Per co-author Kristina Douglass’s work in Southwest Madagascar for example, mobility, social connections, and diversified methods of food production were key to responding to climate change over the last 2000 years. These strategies are reflected in oral histories, archaeological data, and even satellite data, which indicate patterns of past settlement.

Tlingit communities in Alaska and Western Canada have also long used their own adaptations to respond to sea level rise, the rapid movement of glaciers and ice-dam floods. Today, Tlingit leaders highlight how these adaptations are still relevant in an ever-changing climate.

“Some folks make the argument that when given a climate emergency, we have to reinvent the wheel,” Pisor said. “We’re making the argument that that’s a little hasty. We realize that time is short but local communities have been doing climate risk management for a long time. So, what we would really like to see are people in governments and other organizations including communities in decision-making more.”

The authors point out that to address the pending climate crisis, solutions that are quick to implement and seem to maximize benefits while minimizing costs are often deployed.

However, these approaches may not be adopted by community members easily or maintained over time. When this is the case, the speed and financial efficiency are wasted.

Rather, organizations and researchers must offer communities support as they develop or adopt potential solutions and try them out, modifying as needed.  If one is not a good fit, communities can try another.

One important point made in the paper is that organizations can support communities by reducing constraints that keep them from experimenting with potential solutions – like rules and bureaucracy – and perhaps returning rights to land or to resources.

Organizations can also provide “insurance” to communities so they can experiment with solutions without bearing the brunt of failure. For example, communities can participate in risk pooling, where people put money in and then will receive funds in return if an adaptation fails during a climate event. Alternatively, implementing universal basic income, which buffers risk and can thus encourages experimentation, could be considered.

Finally, the adaptations community members choose should be funded, the study authors argue. Taken together, these steps can increase the effectiveness of climate change adaptations — how good they are at reducing risk and how long they last – as well as equity in who gets to decide how communities respond.

“Climate change remains perhaps the longest term and highest stakes crisis we’re facing,” Pisor said. “The message of the recently released IPPC report is hurry up: we really need to fix this now. But that sense of urgency shouldn’t come at the expense of community voices and community involvement because solutions will not stick if the people who have to implement them are not involved.”