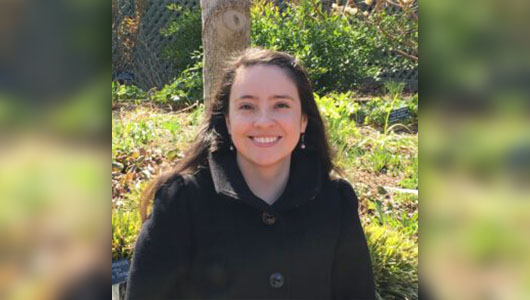 The recognition is one of the Martin Luther King Jr. Spirit Awards given annually by the WSU MLK Program to those who embody the spirit andvision of King’s work. Recipients of the Social Justice Advocate of the Year Award must have demonstrated a sustained commitment to the advancement of diversity, equity, and inclusion (DEI) and social justice through advocacy, collaborative partnerships, programming, research, service, or teaching.

Allen Sutton, executive director for the Office of Social Justice Education and Outreach in the Division of Student Affairs, said Zambrano and Asare have shown a deep commitment to achieving an ethically and socially just society for all.

“These two recipients are being rewarded because they have demonstrated and modeled this core WSU belief in their actions and deeds,” he said.

Zambrano and Asare were celebrated in a video that highlights their accomplishments and the positive impacts they are making in their communities.

‘Not a side project’

Zambrano’s work to promote DEI is not a side project, but at the core of her mission as an educator and a scientist, said her nominator, Erica Crespi, associate professor in the School of Biological Sciences (SBS).

Zambrano co-chairs the SBS Diversity Committee and helped write a College of Arts and Sciences grant to provide faculty training on incorporating DEI in graduate mentoring. She recently created a peer mentoring program for graduate students and serves as a mentor in the Women of Color in Ecology Evolution and Behavior Mentoring Initiative. In addition, she helped revive WSU’s chapter of the Society for the Advancement of Chicanos, Hispanics, and Native Americans in Science.

Like Zambrano, Asare is leading DEI work in many ways. He is a doctoral student in mathematics and science education and serves as a graduate assistant in the WSU Robert Noyce Teacher Scholarship Program, which helps prepare students from underrepresented groups to be mathematics teachers. He taught math to students from migrant and seasonal farmworker backgrounds as part of the WSU Dare to Dream Academy. He is also conducting groundbreaking research into the intersections of math, trauma, and technology in underserved populations.

A foundation to build upon

The award is named after Elson S. and Carmento Floyd, who served as WSU president and first lady from 2007 to 2015, and William (Bill) and Felicia Gaskins. Bill was the director of the pharmacy at Pullman Regional Hospital for 43 years and Felicia worked in international education and as associate vice president in the Office of Equity and Diversity at WSU before retiring in 2013. Elson Floyd died in 2015, and Bill Gaskins passed away in 2020.

Felicia Gaskins said creating this award for DEI advocacy shows WSU is growing in its understanding of the importance of this work and allows the voices of students, faculty, and staff to be heard throughout the WSU community and beyond.

“Along with WSU’s experienced leadership and long-term commitment to diversity, equity, and inclusion, the winners of this award become an even greater resource to the university and community,” Felicia Gaskins said.

Carmento Floyd said this work and this award are just the beginning for Zambrano and Asare, who will have many more “heroic endeavors” throughout their lives.

“We are proud of your many accomplishments, and because of you and your work, we can look forward to a future when we no longer have to be advocates for diversity, equity, inclusion, and social justice,” she said in the video. “It will be at the core of every human being because you will continue to teach and show us this way of civility.”

By Steve Nakata for WSU Insider