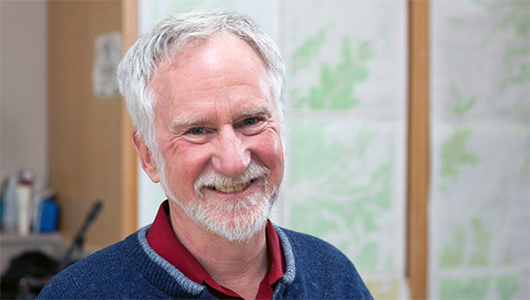 In recognition of his achievement in original research, Regents Professor Timothy Kohler has received one of the highest honors for a scientist: election to the National Academy of Sciences.

While his work has improved methods of understanding the past, his findings have echoes into the present — which was recently recognized when the United Nations named Kohler as a lead author on a recent Intergovernmental Panel on Climate Change report.

Kohler’s current projects include the SKOPE project to make interpreted paleoenvironmental data widely accessible, and another National Science Foundation-funded project to generate and analyze measures of wealth inequality in societies around the world over the last 10,000 years.

In addition to his Department of Anthropology faculty appointment at WSU, Kohler is an external faculty member of the Sante Fe Institute, the world’s leading research center for complex systems science.

Established by U.S. Congress and President Abraham Lincoln in 1863, the National Academy of Sciences is a nonprofit society of scholars charged with providing independent, objective advice about science and technology to the nation.

The NAS recognizes and promotes outstanding science through election to membership; publication in its journal, PNAS; and its awards, programs, and special activities.