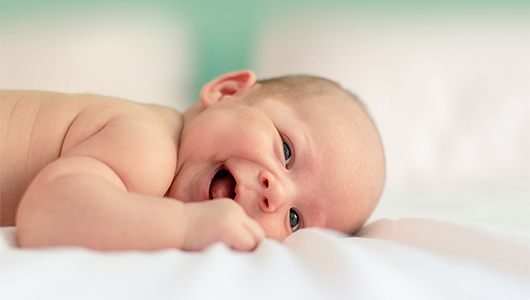 A team of researchers led by Maria Gartstein, professor of psychology, developed a novel research study using machine learning to attempt to classify infants by gender and age.

“It was a cool opportunity to do kind of a demonstration study using techniques that require really large data sets and are not very common in social emotional development research,” Gartstein said. “It gave us the opportunity for the first time to really consider the extent to which gender differences are informed by infant age.”

In the past, many researchers have analyzed age and gender-based temperament differences separately, but few, if any, have looked at the two variables together.

Gartstein said this is primarily due to the difficulty of a single lab collecting enough data on infant behavior to make their findings statistically reliable and relevant to a broad enough segment of the population. 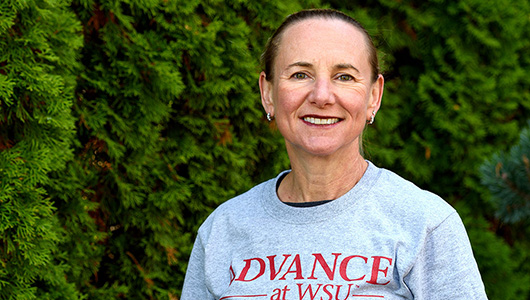 To overcome this challenge, she and her colleagues reached out to scientists nationwide to gather infant behavior questionnaire data collected between 2006-2019.

The questionnaire is a parent-report measure of temperament that asks parents to record the frequency of 191 different behaviors their child displays over the past week from 3-12 months of age. This data can then be used to rate babies along 14 different temperament dimensions such as smiling, level of activity, anger/frustration and fear. Overall, Gartstein and colleagues collected data for 2,298 boys and 2,093 girls.

It’s hard to tell the difference between a newborn boy and girl based solely on temperament characteristics such as the baby’s propensity to display fear, smile or laugh. But once babies reach around a year old that begins to change.

The research results, recently published in PLOS ONE, indicate it is far easier for computer algorithms to determine the age of a baby than it is for them to decipher a baby’s gender based on temperament data during the infant’s first 48 weeks of life.

However, once the babies passed 48 weeks of age, gender classification improved for the multiple algorithms considered, suggesting gender differences in infancy become more accentuated around this time.

“It is at least suggestive of a picture where temperament begins to differentiate by gender in a more powerful way around age one,” said Gartstein.

For the analysis, co-author Erich Seamon of the University of Idaho’s Institute for Modeling, Collaboration and Innovation used machine-learning algorithms to classify infants as either male or female at 0-24 weeks of age, 24-48 weeks of age and older than 48 weeks based off the ratings for the 14 temperament dimensions.  Accuracy rates increased with age, ranging from a low of 38% for age group one, to 57% for age group three.

“It was a cool opportunity to do kind of a demonstration study using these machine learning techniques that require really large data sets and are not very common in social emotional development research,” Gartstein said. “It gave us the opportunity for the first time to really consider the extent to which gender differences are informed by infant age.”

The results of the researchers’ analysis showed fear was the most important feature in distinguishing boys and girls for the youngest and mid-range age groups. As the babies got older, falling reactivity, or being able to quickly recover from high stress situations, and approach, displaying more willingness to initiate interactions and engage with people and objects, became more influential.

For the infants older than 48 weeks, low-intensity pleasure, or enjoyment in familiar calm activities such as playing peek-a-boo with a parent, was the most influential variable in distinguishing boys from girls. Overall, girls came out higher on fear, falling reactivity, and low intensity pleasure, and boys higher on approach.

Although a number of factors could be contributing to the researchers’ pattern of results, their work is consistent with previous findings that show the effects of socialization really start to kick in around a year of age.

“Mothers take different approaches to socialization for their sons and daughters, and over time such differences can result in divergent trajectories with respect to temperament,” Gartstein said. “Specifically, parents may prioritize relationship orientation for daughters, but competence and autonomy for sons.”

Moving forward, Gartstein said the plan is to leverage the machine learning approach she and her collaborators developed for the current study to investigate other hard-to-answer questions regarding social emotional development in infants.

“What I’m actually kind of interested in right now is looking to see if you can predict differences in the quality of caregiving on the basis of child brain activity,” she said. “The analytic method we developed for this study is particularly powerful when it comes to answering questions that rely on multiple input variables to solve a classification problem, high vs. low-quality caregiving.”