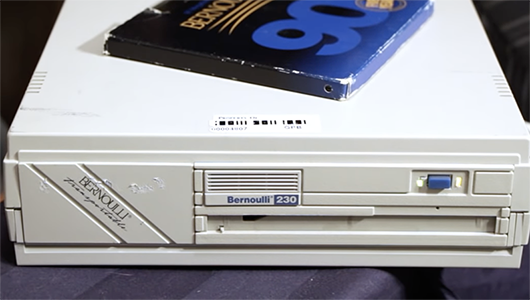 “Software preservation is almost a losing battle,” says Roger Whitson, WSU associate professor of English who conducts research in the field of media history. “It’s a complicated problem. There is no perfect file format that will be accessible forever. Inevitably, these media types degrade, the actual signal we’re trying to preserve degrades, so you always have to be thinking ahead of the current situation.”

Indeed, computers and formats advance so rapidly that in just a short time, both hardware and software can become defunct. And when a floppy disk, CD, or DVD is no longer accessible, all of the information it contains is likewise lost.

Whitson says some scientists fear that massive amounts of the world’s digital information will be lost in what has been called the “digital dark age.” Unlike in the past, very few physical records exist for much of the digital material produced today. On top of that, our digital storage devices are very short-lived.

“There’s so much data being produced but we have no real plan to archive that work in any way that’s sustainable,” Whitson says. “Take social media, for example. A lot of people are archiving photos on Facebook or Instagram but these are private companies, not public institutions. What happens if Facebook goes bankrupt one day?”

Whitson says one of Washington State University’s overarching purposes is to act as a citadel of knowledge⁠—to both create new knowledge and preserve old knowledge.

Helping to fulfill that role is Mark O’English, a university archivist who salvages boxes and boxes of disintegrating information for the WSU Manuscripts, Archives & Special Collections.

“Ninety-eight percent of the electronic media arrives on things like 3-inch disks with information that needs to be preserved,” he says. “Usually, we migrate the material to a device that works with current modern software, but we always keep the original source.”

O’English says one of the worst problems is trying to save material on electromagnetic tape such as VHS, audio cassette, and reel-to-reel tapes. These U-matic tapes have a lifespan of only 10–30 years.

“I have student employees who spend all their time converting them to digital formats so we’ll have access to it in the future,” he says. “The older 16-mm film lasts a long time as there is a real picture on the film, not just an electromagnetic recording.”

Among the most unusual relics O’English has archived at WSU are sets of View-Master stereoscopes and reels once used for veterinary teaching and research.

“Most people used View-Master slides for national parks or Disney stories,” he says. “But they were also used as a serious educational tool for science and medical research.”

WSU professor of veterinary medicine Lavon Koger (’41 Vet. Sci., ’42 DVM) used the View-Master reels in the 1960s and ’70s to give veterinary students and faculty a three-dimensional look at surgical procedures.

“It’s effectively a giant-size flash drive,” he says, holding up a wide flat box. “I can guarantee the eight-inch disk in this drive is already toast. But even if it lasted 40 years, what are the odds I could find something I could plug this into?”

When it’s necessary to retrieve important documents from antiquated technology like the Bernoulli Box, O’English tracks down vendors who have the right equipment to play it. The Washington State Digital Archives in Cheney, for example, has a library of operational devices including the Macintosh Classic, a 1990 Apple computer with all the appropriate hardware.