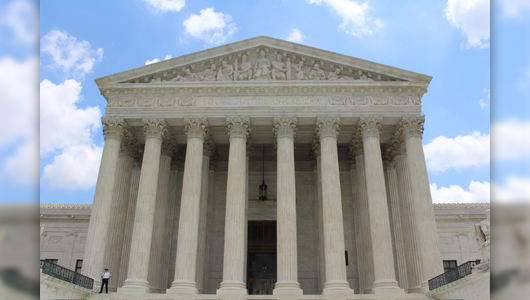 The U.S. Supreme Court’s decision to overturn Roe vs. Wade puts abortion policy in the hands of state lawmakers whose election campaigns traditionally receive less attention from voters than federal offices such as U.S. Congress or the White House.

“In the past, you didn’t really see campaigns for state legislatures or governors discussing the abortion question very often, but you are likely to see a lot more of that now,” said Cornell Clayton, director of the Thomas S. Foley Institute for Public Policy and Public Service at WSU. “In fact, I would expect to see it become a central issue in almost every midterm campaign because now states are going to be setting policies on abortion and it will matter very much who your governor is and who the members of your state legislature are.”

Clayton, a professor of political science and a frequent political commentator whose work on judicial politics has twice received the American Judicature Award from the American Political Science Association, said the issue of abortion has moved front and center in political campaigns here in the Pacific Northwest. Washington’s U.S. Senator Patty Murray and other Democrats are already running TV adds about protecting women’s right to make their own choices about reproductive health.

“Democrats have really struggled to find a campaign theme going into the midterms, largely because of concerns about the economy and inflation,” Clayton said. “Now, the Court’s explosive decisions overturning abortion rights and in other key areas like gun control, climate change, and the separation of church and state has handed them a theme.   The Court itself will be Democrats’ major campaign theme for at least the next several election cycles.”

The Supreme Court’s move in a decidedly conservative direction didn’t come as a surprise to Clayton and other experts who study the court. What did was how fast the new conservative majority was willing to change decades of settled jurisprudence.

Moving forward, Clayton said he expects the high court’s next priority will be to overturn affirmative action and place even more constraints on federal regulatory powers.

“I would fully expect the conservative majority to overturn past decisions involving affirmative action next term, preventing public institutions like universities from using race, ethnicity or sex in admission policies and other programs in the future,” Clayton said.

Michael Salamone, also a political science professor at WSU, recently explained in an article written by the Associated Press that public support for the Supreme Court’s decisions can easily fluctuate on a case-by-case basis. But overall faith in the court’s central role in American democracy has tended to be historically resilient. Whether that support will suffer because of the Roe decision as well as other recent rulings remains to be seen.

“Just based on the amount of rhetoric and the high-profile nature of so many of these decisions, I’m wondering if we’ve perhaps reached our limit to that resilience,” Salamone told the Associated Press.

Even though polls show the majority of Americans oppose the Supreme Court’s abortion ruling, Clayton said the court’s current makeup is likely to stay in place for some time.

Five of the current six Republicans on the court are under the age of 70. The only one that is considering retirement in the foreseeable future is Justice Clarence Thomas.

“Because the conservative justices now seem determined to undo decades of Constitutional law covering very contentious political terrain, I think you are going to see progressives and Democrats increase their calls for institutional reforms of the court,” Clayton said.

Similar to how Franklin Roosevelt dealt with a court standing in the way of the New Deal in the 1930s, Clayton predicts increasing numbers of Democrats are going to take the position that there needs to be institutional reforms at the Supreme Court.

“I doubt they will expand the size of the court, but they might try. But I think you are certainly going to see arguments for term limits or curbs on the court’s jurisdiction. Many of those reforms can be accomplished through congressional statute and you don’t have to amend the Constitution,” Clayton said. “There is nothing in the Constitution that says justices have to be appointed for life, that their jurisdiction covers any kind of case, or that the court must have nine justices. In fact, the size of the court has been changed by Congress at least six times before it was set at nine justices in 1869. So, I think you will see those types of reform proposals increasingly embraced by Democrats.”