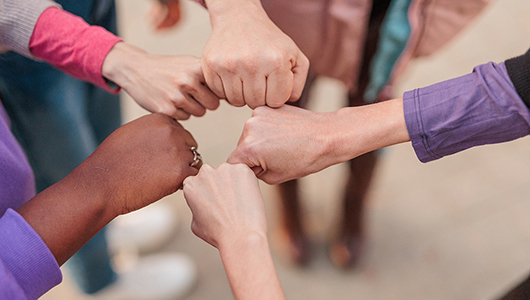 August 26 has been observed as Women’s Equality Day in the United States for nearly 50 years, but equality is still a distant goal, says Amy Mazur, the Johnson Distinguished Professor in political science at WSU Pullman and a global expert on gender equality who has consulted with the World Bank, the European Union, and most recently, the Organization for Security and Cooperation in Europe (OSCE).

Currently Mazur is working on a guide for the 57 member nations of the OSCE, which includes the United States, on effective actions to promote gender equality. Most members carry out that work through “institutional mechanisms,” which are government departments that create and administer gender equality policies and practices.

Here are some of Mazur’s remarks on the challenges and successes of promoting gender equality, slightly edited for length or clarity.

What are institutional mechanisms?

In this country we don’t have a tradition of institutional mechanisms for gender equality. We have a Women’s Bureau buried in the Department of Labor that’s been around since the 1920s, but we don’t have anything like the machineries you find in other Western democracies: departments with dedicated budgets that promote gender equality. Here, government isn’t seen as an answer to everything. But gender equality isn’t going to happen by itself, just like environmental protection didn’t happen by itself, so government needs to step in for this policy area, too.

Where do we stand on gender equality in the U.S.?

In 1995 the United Nations approved a platform for gender equality. If you look at basic statistics in business, leadership positions and equal pay, in the 1990s we were very unequal and there hasn’t been a lot of progress made in a lot of areas. One of the areas the U.S. is better on is addressing gender-based violence, and that’s because it allows the left and right to come together.

What’s the impact of gender equality?

This is not just a women’s issue; gender equality is a men’s issue. If you have daycare, for instance, it’s going to benefit men as well as women. In all Western countries of the world except the U.S. you have paid family leave for men and women.

What’s standing in our way?

Gender equality is very hard to achieve. It involves a lot of private and public issues. The progress has been slow. And by all observations and measurements, COVID set it back across the globe because the people who were really hurt were women, who as mothers were the ones who had to stay home and take care of the children.

How do we make progress?

Things like equal pay and better daycare all have to be done by a government that can regulate private enterprises, so institutional mechanisms are the key. Among OSCE countries we found that there’s been an amazing amount of success, not necessarily achieving gender equality but doing things that promote gender equality like more shelters for battered women, or police are more aware how to handle cases of domestic violence. Institutional mechanisms are a catalyst.

How do they work?

In 56 of the 57 countries of the OSCE these institutional mechanisms are permanent fixtures in the administrative fabric of government, involved with pursuing gender equality policy. It’s not just money they need, they need to be able to coordinate and work with other stakeholders. It’s convincing, cajoling, nudging.

Gender equality is on a lot of people’s minds right now in the U.S. and the way forward seems difficult. How do we navigate that?

Gender equality has been politicized through the abortion debate. But I think it needs to be depoliticized, to be seen as a collective good for men and women that will make our society better. A lot of people think, oh, people who believe in gender equality are lefties. But if you sit down and talk to people from both sides of the political spectrum you’d end up agreeing that a lot of these programs are good. We need to find our common ground. We’re not going to achieve gender equality just like that; it will be a struggle at least for the next century. But I believe we are in a good position in the world to make this agenda move forward.