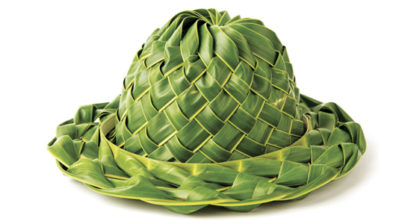 The Dominican boy had a leaf draped over his head, secured with a length of vine. Anthropologist Marsha Quinlan was intrigued.

“I asked him, ‘Is that a hat?’” she recalls. “And he explained that, no, he woke up with a headache and the leaf makes your head feel better. And I thought that was so cool!”

Quinlan was a graduate student at the time, on her first trip to the Caribbean island of Dominica (not to be confused with the Dominican Republic). And that was the moment she realized she had to delve further into ethnobotany.

How people around the world use plants for food, fiber, fuel, and medicine potentially provides us with new ways of approaching old problems. Seventy percent of the world’s population still relies on traditional herbal medical methodologies, Quinlan says. And while therapeutics certainly are important—and potentially profitable—they are not the only reason to pay attention to other cultures’ uses of plants.

As Amanda Thiel, one of Quinlan’s current graduate students at Washington State University, explains, ethnobotany is part of a larger field, ethnoecology, which seeks to describe people’s relationship with the environment.

Interest in ethnobotany and related fields has surged as the scientific community looks for ways to adapt to climate change, deal with plant pests and diseases, and search for new ways of treating human ailments.

Traditional farming practices, for instance, might inform strategies for adapting to climate change by encouraging the adoption of more genetically diverse populations of crop plants.

Or take something as seemingly simple as the bows and arrows used by Amazonian people. Quinlan’s doctoral student Armando Medinaceli is researching the ethnobotany of hunting. Where most scientists would approach hunting traditions in terms of the zoology, Medinaceli wants to know what plants they use. The answer is, a lot: He has identified more than 30 plants used to make bows and arrows. The ramification is that indigenous peoples’ uses of plants are far more complex than we realized.

Ethnobotany, Quinlan says, is the original medicine. “Everything is so specialized” in modern Euro-American culture, she says. “You have to have a license to be a massage therapist.” And while regulation protects consumers from quacks and ineffectual or toxic compounds, ethnobotany offers us a way to “time travel,” in a sense, “to see how things used to be for Europeans.”

“Most medicines used to be plant-based,” Quinlan says. Indeed, much of Europe still has a large medicinal plant industry. While a doctor in the United States probably would never prescribe a plant, “that’s not true in Europe.” European scientists have done lots more studies on the efficacy of herbal medicines, which is why, Quinlan says, “we publish a lot of our research in European journals.”

Part of the fascination is trying to unravel how humans figured out how to use certain plants. “There’s all these miracles,” says Quinlan.

Take acorns, for example. They contain loads of incredibly bitter and potentially toxic tannins. The water-soluble tannins can be removed with a few washes—but how did Native Americans and others figure that out? Or, adds Quinlan, Native Americans learned, somehow, to soak corn in lye, not only enhancing the niacin content of the resulting flour, but making it easier to grind, too.

Thiel speculates that perhaps people had better—or at least different—observational skills. Quinlan nods, adding, “We live in these built environments, so we notice when a light bulb has gone out.” But we don’t necessarily pay attention to the qualities of an acorn that’s been submerged in a stream for a few days.

Quinlan mentions a study by a colleague in South Carolina who asked college students to name native species of plants in their area. “They’d maybe know a few,” she says. “But places where we work—Dominica, Guatemala, Tanzania—they’d be able to name a bunch.”

But then again, Quinlan says, laughing, we don’t need to know all those plants, “because we can just go to Safeway!”

The “plant blindness” Quinlan refers to is familiar to Frank Dugan ’92 PhD. Where Quinlan and her colleagues study the crosscultural present to learn how people adapt to their environment by using plants, Dugan takes a historical perspective to learn what past generations have to teach us.

Dugan points out that there are dozens of plants mentioned in Shakespeare’s plays. The plants aren’t just mentioned by name, but are alluded to in ways that make it clear the playwright fully expected his audience to understand the references. By contrast, a survey of plant knowledge of modern Londoners—including biology teachers—could name only a few common wildflowers.

Dugan admits that it may be the case that humans don’t actually learn from our own histories—otherwise “why is the human race in such a perpetually dismal condition?”—but, like chocolate cake, he can’t resist. 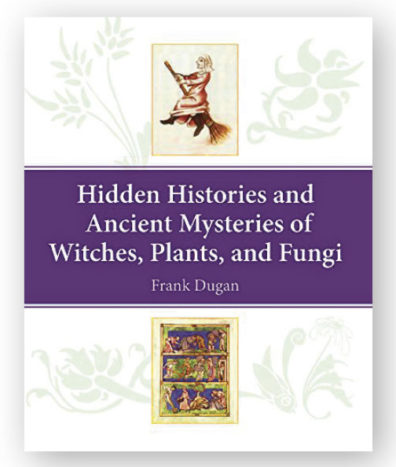 And the simple fact is, as he writes in Hidden Histories and Ancient Mysteries of Witches, Plants, and Fungi, that “climate change, invasive species, crop shortages, hunger, and even famine” are nothing new and we might learn something from the way people in the past have responded to threats to survival.

Synthesizing linguistic data, folklore, anthropological studies, economic studies of historical wheat prices, and much more, Dugan uses “consilience,” or convergent evidence, to make the case that “herb-wives” in the Middle Ages helped keep their families sound by foraging for wild plants and herbal medicines. In the process, they accumulated and passed on a body of knowledge that the progenitors of modern plant science, including Linnaeus and many others, explicitly acknowledged and credited.

Dugan points out that modern drug discovery draws on the analysis of pre-modern herbals in the search for therapeutic compounds. Quinlan likewise acknowledges that the work of ethnobotanists sometimes leads to important drug or food crop discoveries.

But “prospecting” for useful plants is not what interests her, in part because it’s an ethically murky practice. After all, if, in studying plant use among an indigenous people, a useful drug is discovered, who should get the profit when that drug is eventually commercialized? And even if there is some sort of remuneration to the source tribe, what about all the other people in the region that may have been using the same plant for similar purposes for thousands of years?

Like that leaf strapped to the Dominican boy’s head. Known to botanists as Piper peltatum and commonly as cordoncillo, the Piper genus is used all over the tropics for a wide variety of purposes. The fruit is a kid’s delicacy, while the leaves are eaten with rice and are great for wrapping food cooked over coals. Medicinally, the leaves and roots are used to treat numerous conditions, including headache, fevers, colds and coughs, and much more. Nothing is wasted; patents are never infringed.

Quinlan says people often will urge a plant on her. “We’ve been using this plant, it works—and you should use it too!

“They have this ethic,” Quinlan says, “that if it heals, people should have access to it.”