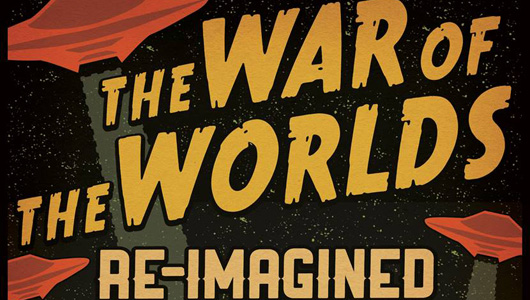 Eighty years ago, on the evening before Halloween, radio audiences across the country were shocked, thrilled, or panicked by a radio drama depicting an invasion by beings from the planet Mars.

“We plan a great celebration of alien invasion,” Barber said. “Our audience will recognize familiar landmarks, buildings and place names.”

The re-enactment is based on the original radio drama, except that it is set in Southwest Washington rather than the original New Jersey. The original drama was adapted from H.G. Wells’s 1898 novel of the same name.

While the original broadcast was heard across the country, the only way to experience this re-imagined performance is to join the live audience. The doors will open at 6 p.m., and the performance begins at 7 p.m. Admission is $12 at the door, $8 online through the Kiggins website. Costumes are encouraged in honor of Halloween. Concessions, beer and wine will be available for purchase.

Re-Imagined Radio is a partnership between Barber, Kiggins Theatre and Metropolitan Performing Arts, a local school and resource for aspiring actors, dancers and singers. Each production features a live re-creation of a radio drama with voice actors and sound artists.