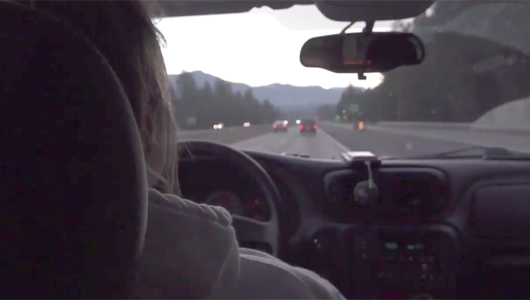 When Savanna Obernberger, a junior studying criminal justice, learned that drunk and drug-impaired drivers in the state kill nearly 200 people a year, she wanted to help solve the problem but didn’t know where to start.

A few months later, Obernberger and four classmates presented to the state Traffic Safety Commission a set of four innovative ways to tackle the problem of impaired driving. Their proposed solutions ranged from insurance cost incentives for safe driving to a smart phone app that helps drinkers avoid driving under the influence.

The students based their novel approaches on the in-depth research and data analyses they conducted during a semester-long Crime Prevention Strategies course in criminal justice and criminology at WSU Pullman.

Working with their professor, David Makin, and Traffic Safety Commission staff, the team of undergraduate researchers concentrated on ways to combat recidivism, or repeat-offending, by drunk drivers. They analyzed the effectiveness of current policies in Washington and elsewhere and recommended actions and reforms to benefit key stakeholders: police departments, insurance companies, bar owners and bartenders, and the drivers themselves.

Their proposals focused on intensifying cognitive behavioral therapy and on helping both drinkers and servers of alcohol to make more informed decisions.

Co-led by Obernberger, the students created charts, wrote technical reports, and conducted a variety of statistical and meta-analyses of data they gathered from throughout Washington and even Australia and the UK. They gained valuable skills and hands-on experience working with public safety professionals on research for real-world applications.

Theirs was one of eight student-led research projects conducted during the class and aimed at providing area public safety agencies with practical solutions to real crime issues.

How they did it

A junior from Poulsbo, Washington, Obernberger described her team’s project, their recommendations, and what they learned:

“We started by finding who reoffends the most and who was our target demographic. We found it was mainly middle-aged white men, and we saw that it happens more commonly in cities than in small towns. In bigger cities that have bigger bars and bigger event celebrations, such as the Fourth of July and St. Patrick’s Day, we saw an increase in drunk driving activity.

“We took that information and figured out we wanted to target an older demographic in populated cities, and then brainstormed which stakeholders would benefit from which policy reform.

“We decided one of our policy reforms would be to push intensive cognitive therapy for offenders, and to lower the requirements for the therapy so people don’t need to become repeat offenders or blow a high blood alcohol level before receiving treatment.

“We brainstormed some other ideas, too—such as looking at which insurance companies already give safe-driving incentives. We found that drivers do really care about these bonuses. So another reform we thought of was having insurance companies target our repeat-offender demographic with these incentives to try and help them stay safe while driving.

“For our next policy reform—this is where Dr. Makin really worked with us—we wanted to create an app that would allow you to take a breathalyzer while at a bar, and if your blood alcohol content (BAC) was over .08, then the app would list different transportation options, such as Uber, Lyft, taxis, etcetera. If you used one of these transportation options, the app would provide proof that could be shown to your insurance company for their incentive program.”

The proposed app also would be helpful if a person registered a BAC under .08, Obernberger said. In such cases, it would provide a test to determine the person’s reaction time and cognitive level. If the person passed the test, they would be assumed safe to drive.

But if someone with BAC above .08 decided to take the unnecessary risk of driving, the app would give that person a reminder every day for two weeks that they drove under the influence.

Helping people on both sides of the bar

Another approach the students recommended in their final presentation to the Traffic Safety Commission was to provide visual aids to help bartenders recognize when a customer or group had too much to drink. “This was almost a last-minute policy idea and ended up really catching some people’s eyes, which I found very interesting,” Obernberger said.

“We tried to devise policies that touched all the different stakeholders. The whole project was very long, and I’d never really worked on a project that big before or for such a big client, so it was really cool to piece it all together.”

Obernberger’s first policy research project was “eye opening but not super-surprising or shocking,” she said. “I was talking to Dr. Makin earlier about how there’s not so much surprise in the projects as much as there’s fun in being able to solve these complicated problems and being able to help people.”

This spring, she is taking a related crime-prevention strategy course centered on an independent research project, also supervised by Makin.

She plans to continue her education after graduation and to “keep researching policy reform,” she said. “I really do have a passion for our criminal justice system in general and I want to make it better.”

The Entrepreneurial Faculty Ambassadors program, spearheaded by the Office of Research at WSU, fosters exploration of student ideas, such as the proposed alcohol safety app. EFA seeks to build upon the creative and scholarly work of faculty and students to produce positive, community-based social and economic impact.