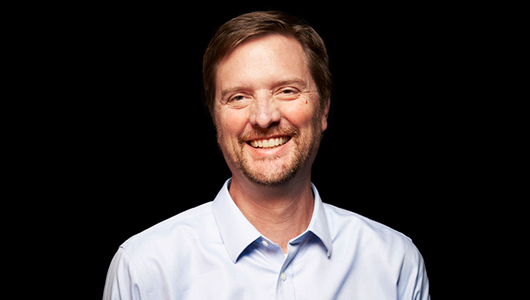 An expert in the historical intersection of U.S. politics and religion, Professor Matthew A. Sutton will serve as chair of the Department of History at Washington State University, effective August 16.

Sutton is the Edward R. Meyer Distinguished Professor in history. As chair, he succeeds Steven Kale, who is returning to the history faculty.

“Dr. Sutton’s well-rounded background in research, teaching, and leadership will reinforce the department’s solid foundation, empower faculty and create opportunities for students,” said Matthew Jockers, dean of the College of Arts and Sciences.

Sutton hopes to lead the history faculty in finding “new and innovative ways to help all students think about the past and how it informs the present, and how they can use it to shape a better future,” he said.

His publication portfolio spans six books; nearly a dozen articles and book chapters; and articles in the New York Times and Seattle Times. He also has served as an historical consultant for two Public Broadcasting Service documentaries about American religious history.

Sutton’s first book, Aimee Semple McPherson and the Resurrection of Christian America (Harvard University Press, 2007), won the Thomas J. Wilson Memorial Prize from Harvard University Press, awarded annually to the best book in any discipline by a first-time author, and served as the basis for the Public Broadcasting Service documentary Sister Aimee. His latest book, Double Crossed: The Missionaries Who Spied for the United States During the Second World War, will be published by Basic Books in September.

Sutton has received numerous academic honors, including three prestigious fellowships—one with the Guggenheim Foundation and two with the National Endowment for the Humanities. In 2012-13, he was the Mary Ball Washington Professor of American History at University College Dublin in Ireland; and in 2014-15, he was the Marsilius Kolleg Visiting Professor and Scholar-in-Residence at the Heidelberg Center for American Studies at Heidelberg University in Germany.

In January of 2019, Sutton joined the Humanities Washington speakers bureau as part of a partnership between the Thomas S. Foley Institute of Public Policy and Public Service and Humanities Washington, a nonprofit that aims to foster thoughtful conversation and critical thinking and provides free public presentations on science, politics, music, philosophy, spiritual traditions, and more in dozens of communities throughout Washington.