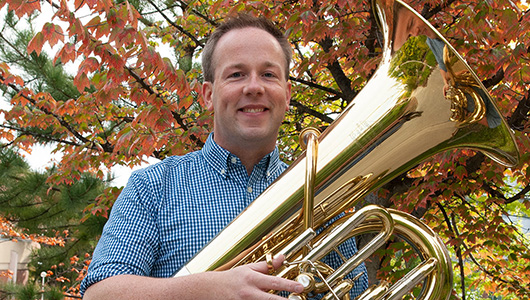 “Inventions” represents Dickey’s ongoing commitment to inclusive programming in art music. The album demonstrates how composers with marginalized identities can be regularly incorporated into recital programs. The album is available on iTunes, Amazon, CDBaby, and is streamed on Apple Music and Spotify. Samples of each track are available online.

In the spring, Dickey will embark on a Midwestern recital tour during which he will perform music from the album written by women, people of color, and LGBTQ+ individuals. His tour is funded by a WSU Arts and Humanities Fellowship.

From School of Music for WSU Insider