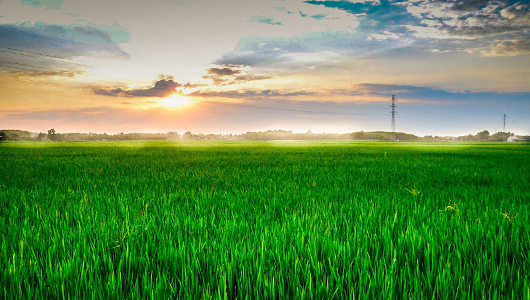 WSU is part of an international effort involving seven institutions to revolutionize rice production. Led by co-principal investigator Asaph Cousins, a professor in WSU’s School of Biological Sciences, and colleagues at University of Oxford, the “C4 Rice Project” recently earned a five‑year, $15 million grant renewal from the Bill and Melinda Gates Foundation.

The project aims to develop rice strains that are not only more productive but also more resilient. The long‑term effort, which was first conceived in the 1990s, earned its first Gates Foundation grant in 2008 and is now entering its fourth phase.

Currently, more than 3 billion people depend upon rice for survival, and trends in population growth and land use mean there will be greater demand for rice and less space to grow it on: the same area of land that provided enough rice to feed 27 people in 2010 will need to support 43 by 2050.

Rice uses the C3 photosynthetic pathway to convert light, carbon dioxide and water into energy, but the C4 pathway, which is used by crops such as maize and sorghum, is more efficient and productive even in higher temperatures and drought conditions. Both the C3 and C4 pathways are named for the type of carbon molecules that result from their respective photosynthetic processes.

“We have learned a lot about the molecular biology, physiology, leaf development and biochemistry of C4 photosynthesis during the initial phases of this project, and it’s exciting that we have received additional support to implement this knowledge to enhance photosynthesis in rice,” said Cousins.

The C4 pathway has evolved more than 60 times independently in plants. The C4 Rice Project aims to develop rice that uses this pathway to improve yield and endure harsher environmental conditions.

The primary role of the WSU team, which includes Cousins, Professor Emeritus Gerry Edwards and Research Associate Rita Guiliani, is to determine the photosynthetic efficiency and biochemistry of the developed plants.

By the end of this research phase in 2024, scientists hope to have created a prototype C4 rice strain and have experimental field plots up and running in Taiwan. The scale and reach of the effort will make this a trans‑generational project.

“This is about being custodians of something that’s bigger than our individual scientific interests,” said Jane Langdale, a professor at the University of Oxford, the lead institution on the project.

Top image: Stock image of a rice field at sunset.