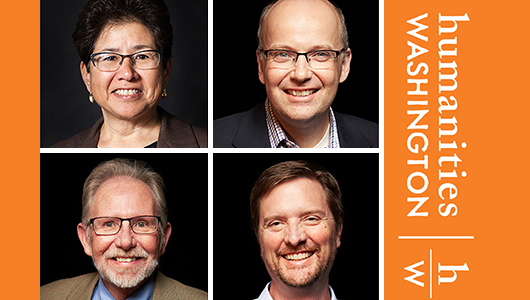 Over the course of the next four weeks, four WSU researchers will share their work and expertise with communities across the state of Washington. They are members of the Humanities Washington Speakers Bureau and the initial cohort of WSU Foley Fellows.

Speakers Bureau talks are free public presentations on history, politics, music, philosophy, and everything in between. Humanities Washington’s roster of presenters are professors, artists, activists, historians, performers, journalists, and others—all chosen not only for their expertise, but their ability to inspire discussion with people of all ages and backgrounds. All talks are free and open to the public, and each lasts about an hour.

The four WSU faculty presentations are:

Complied by College of Arts and Sciences for WSU Insider.