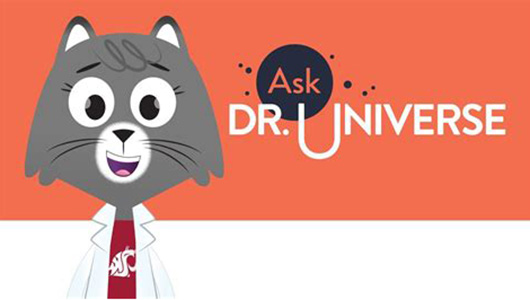 Seasons can be quite different depending on where you live. But no matter where you live, the reason for the seasons has to do with the way the Earth rotates.

I talked to my friend Vivienne Baldassare, a WSU physics and astronomy professor to find out exactly why we have seasons.

She said the Earth makes a complete path, or orbit, around the Sun every 365 days or so. While the planet orbits the Sun, the Earth itself is also spinning around like a top.

“The Earth doesn’t spin straight up and down; it’s actually a little bit titled,” Baldassare said.

Each season brings new changes for life on Earth, but the Earth isn’t the only planet with seasons.

“All you need in order to have seasons is the tilted axis,” Baldassare said.

Mars has a bit more tilt than the Earth. The red planet moves more slowly in its orbit than the Earth does, so a year on Mars is about two Earth years. Mars also has four seasons nearly twice as long as those we experience on Earth.

Meanwhile, Venus and Jupiter don’t have much of a tilt compared to the Earth. There isn’t much difference between seasons on these two planets. The seasons change slowly, and each season is about three years.

Here on Earth, you may experience four different seasons: spring, summer, fall and winter. But there are actually some places on our planet with only two seasons.

Believe it or not, both the Arctic at the South Pole and Antarctica at the North Pole experience only summer and winter. Antarctica experiences constant daylight during its summer and six months of darkness in the winter. That’s all because of the Earth’s tilt.

A lot of people have a favorite season. Baldassare and I both really enjoy fall in the Northern Hemisphere. It’s a great time to see the leaves change colors and to explore the outdoors.