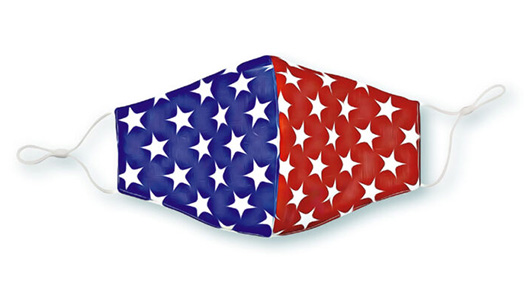 When it comes to wearing masks, partying, or just going to work at the office, Americans react a little differently based on which side of the political aisle they sit on.

In a nationwide survey, WSU sociologists found both liberal and conservatives in the U.S. disapprove of individuals putting the health of their community at risk, but conservatives cared more about why those individuals were taking the risks in the first place.

Professors Christine Horne and Monica Kirkpatrick Johnson asked Americans across the country whether they approved of actions like wearing a mask or stockpiling necessities.

Johnson and Horne randomly assigned half of their respondents to read a scenario where an individual was putting their own health at risk, and the other half read about someone who was putting the health of the community at risk. They then asked the respondents whether people would disapprove of the behavior in the story and how much they thought liberals and conservatives would disagree.

“Conservatives cared a lot more about why you were violating a governor’s order. They made a distinction if someone was breaking the rules to go to work,” Johnson says. “More liberal people considered any violation a violation, and the expectation was to stay home.”

But both sides washed out and caricatured the opposing side, despite having similar values, Horne says.

“Both liberals and conservatives have this negative reaction to somebody that hurts the group, but we interpret harm differently depending on the cues we’re getting from the environment,” Horne says. “We attribute bad intent to each other and don’t realize we’re just having a disagreement on how this value plays out.”

More than 1,000 respondents throughout the country were surveyed in April, when individuals and governments alike were still struggling with how to react to the pandemic, Horne says.

“There was a strong expectation that people would cover their faces, even in April, and there was strong disapproval of running into somebody without a mask,” Johnson says.

Social norms are expectations for behavior shared by a social group, Johnson says, and people within the group police others to make sure these expectations are followed.

“A lot of our norms have moral components to them, like don’t lie or don’t kill, but some of them are just customs, like shaking hands or choosing a side of the road to drive on,” Johnson says.

Horne recommends paying less attention to social media and to read high-quality liberal and conservative news sources to get a better grasp of why the two sides disagree, which can also benefit our relationships with people who don’t share the same views.

“Social media feeds are exacerbating that tendency to think that other people are different from us. We tend to feel threatened when someone disagrees with us and our instinct is to defend ourselves,” Horne says. “Instead, be curious about what the other person has to say instead of trying to make your point⁠—and that is very hard to do, especially if the other person also isn’t doing it.”