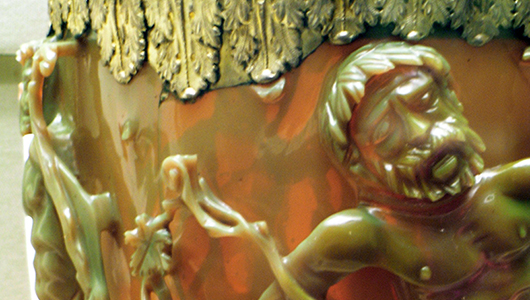 The National Endowment for the Humanities (NEH) recently announced $24 million in grants for 225 humanities projects across the country, including work by Hallie Meredith, a career-track assistant professor of fine arts at Washington State University.

Meredith’s project, “Fragmentary and Unfinished Art: Documenting Undocumented Late Roman Art and Process,” is the only project from the state of Washington selected for NEH funding. The $6,000 summer stipend will support her research and writing of a monograph about late Roman carving techniques through the study of incomplete stone sculptures.

Focused on the 3rd–7th centuries CE, it seeks to illuminate the processes of production which occurred during a rich period in late Roman carving but were not passed down in written texts.

“The implications for this project are wide-ranging, extending beyond the central period of study,” Meredith said. “I expect to make a significant interdisciplinary contribution to discourse in archaeology, ancient history, art history, classics, craft history and theory and economic studies, among other fields of study.”

The recent NEH awards support a diverse range of projects, including preservation of historical collections, development of humanities exhibitions and documentaries, and a variety of scholarly research and teaching.

“NEH is proud to support these 225 new projects, which embody excellence, intellectual rigor, and a dedication to the pursuit of knowledge, even as our nation and the humanities community continue to face the challenges of the pandemic,” NEH Acting Chairman Adam Wolfson said in a press release. “We look forward to the contributions these projects will make to our understanding of ourselves and our society through exemplary humanities research, publications, documentary films, exhibitions and undergraduate programs.”

Meredith was recently recognized by two major arts organizations for her work; she received SECAC’s William R. Levin Award and a Clark Fellowship.

By J. Adrian Aumen, College of Arts and Sciences, in WSU Insider