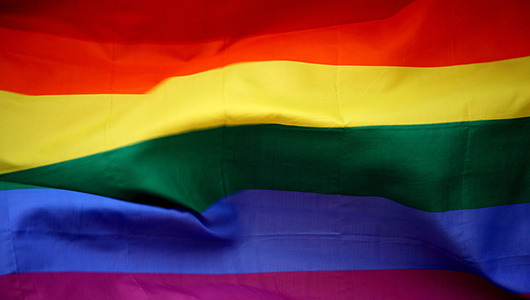 Students who identify as LGBTQ+ in Washington state school districts with conservative voting records reported experiencing more bullying than their peers in more politically liberal areas, according to a new study from the Department of Psychology.

For the study, Kwon and lead author Steven Hobaica (’21 PhD), who is now a postdoctoral researcher in Hawaii, and their colleagues explored relationships among school district voting records from the 2016 presidential election and student survey data on bullying experiences in schools and mental health outcomes.

The findings, published in the journal Analyses of Social Issues and Public Policy, indicate LGBTQ+ students are at a higher risk for psychological distress and suicidality as a result of bullying, particularly in school districts that voted for former President Donald Trump in the 2016 election. Students in conservative voting districts also reported their teachers were less likely to intervene in instances of bullying than students who responded from more liberal voting districts.

Digging through the data

Researchers analyzed the responses of nearly 50,000 students in 8-12 grades to the 2018 Washington State Healthy Youth Survey. The survey asks students about a variety of factors including sexual and gender identity, bullying and whether or not teachers intervened during instances of bullying. In total, 20% or nearly 10,000 students in the study identified as being LGBTQ+. It is of note that many schools in WA opted to not administer LGBTQ+ identity questions to students, so not all districts could be represented.

According to the analysis, when teachers intervened “almost always” in instances of bullying, LGBTQ+ students reported experiencing bullying rates that were nearly identical to non-LGBTQ+ students.

While each school district in Washington is mandated to enact policy that at minimum complies with legislation prohibiting harassment, intimidation and bullying, Kwon and colleagues suggest individual school boards, regardless of political leanings, implement policy that goes beyond minimum protections for LGBTQ+ youth.

For example, the researchers suggest school policy should include explicit parameters for training and education for teachers regarding LGBTQ+ bullying as well as steps for teachers and administrators to intervene following LGBTQ+ bullying experiences. In addition, they suggest that all school websites explicitly describe anti-bullying policies as they relate to LGBTQ+ youth using specific examples.

“We also recommend educators discuss anti-bullying policy with students and families at the start of each school year, while concurrently highlighting LGBTQ+ identities, particularly in conservative districts,” Kwon said.

“This project highlights an inequity that is not talked about a lot and shows the need for more explicit and inclusive anti-bullying legislation and policies that help mitigate the risks to LGBTQ+ youth regardless of district political attitudes,” he concluded.

Top image: Close up of a Pride flag (from WSU Insider)