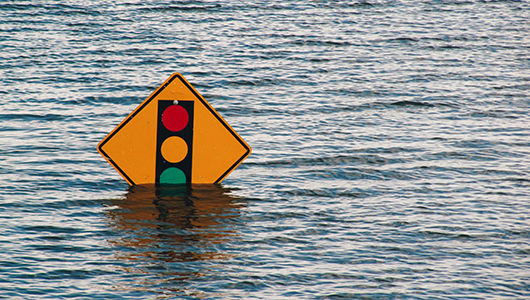 Kohler is part of an international team of climate experts that argue that although unlikely, climate change catastrophes, including human extinction, should be more heavily considered by scientists.

He and his collaborators discuss how climate change could drive mass extinction events and propose a research agenda to investigate bad- to worst-case scenarios in a commentary article published Aug. 1 in the Proceedings of the National Academy of Sciences (PNAS).

“It’s a topic that is too scary for most people to contemplate but that needs to change because the risks we face are very real,” said Kohler, who holds the distinction of being the first archaeologist to contribute to the United Nations’ Intergovernmental Panel on Climate Change (IPCC) report as a lead author. “We are entering a period where the climate dynamics are going to be completely outside the norm of what we have experienced in the last 12,000 years.”

There are few people on the planet more capable of examining today’s environmental crisis from a historical perspective than Kohler, an emeritus WSU professor of archaeology and evolutionary anthropology who specializes in using archaeological data to simulate various aspects of past societies such as the social fallout from climate-related famine.

The good news is that throughout history, human societies have often demonstrated resiliency in rebounding from the adverse effects of climate change.

In the case of the Pueblo people of the American Southwest, Kohler’s research shows that climate-related declines in agricultural productivity were often overcome with innovations such as new crops and decreases in settlement size.

The bad news as Kohler and his colleagues outline extensively in their new paper is that current warming is occurring at an unprecedented geological speed. By the end of the century, it may surpass thresholds that triggered previous mass extinctions. The worst-case scenarios in the IPCC report project temperatures by the 22nd century that last prevailed in the Early Eocene, reversing 50 million years of cooler climates in the space of two centuries.

Modeling done by Kohler’s colleagues shows this unprecedented warming could lead to areas of extreme heat, an annual average temperature of over 84.2 degrees Fahrenheit, that cover two billion people by 2070. These areas include not only some of the most densely populated but also some of the most politically fragile.

“If we look carefully at our climate and archeological data, we can see that societal collapse didn’t always accompany climate change,” Kohler said. “When it did, it was almost always exacerbated by other factors such as extreme income inequality or conflict over resources. Issues that we are certainly grappling with today that could have far-reaching and cascading effects.”

Kohler and colleagues propose that the scientific community needs to put more focus on identifying potential tipping points that could trigger what they call the climate endgame. These tipping points range from too much methane being released by permafrost melts to the loss of too many forests that act as carbon sinks. The researchers even propose an investigation into the potential loss of too much cloud cover on Earth.

They also argue that extensive research and modeling efforts need to be made to better understand what can be described as the “four horsemen” of the climate endgame: famine and malnutrition, extreme weather, conflict, and vector-borne diseases.

While the potentially catastrophic risks of climate change are difficult to quantify, the researchers’ efforts could ultimately make it possible to assess the chance of severe outcomes under different levels of temperature rise. This would in turn allow scientists to consider emergency climate engineering responses, such as pumping coolants into the atmosphere. Risk analyses could then be carried out for these drastic interventions compared to the worst effects of climate change.

Kohler and colleagues’ ultimate hope is that their work will help spur the Intergovernmental Panel on Climate Change to dedicate a future report to catastrophic climate change to galvanize research and inform the public.