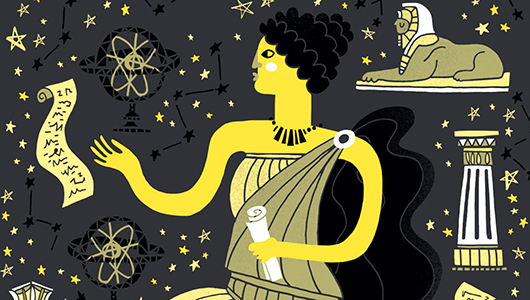 Angela Jones (’94 English) is the CEO of Washington STEM, a nonprofit organization that collaborates with communities, businesses, and educators to ensure youth have equitable access to STEM education. They work with ten regional STEM networks across the state to help direct resources and scale successful programs that aim to ensure that there is cradle to career support for STEM skills. This means working to strengthen math skills for the state’s youngest students so they can start kindergarten strong as well as helping identify and work in cross-sector partnership to establish career pathways for local students, which will in turn help meet future economic needs.

Washington ranks second in the nation, she points out, in concentration of STEM jobs: from agriculture to aeronautics to computer science, Washington is a thriving hub of technological innovation.

But, she adds, “we’re in the bottom five in the country of students going on to post-secondary education. These folks are not going to be able to compete for all the jobs that are available” in the state, meaning employers have to bring in qualified workers from other states and countries.

From electricians to rocket scientists, Washington is not alone in suffering a homegrown shortage of skilled STEM workers. Part of the problem, Jones says, starts in a child’s first brush with education.

“We don’t socialize STEM as cool,” Jones continues. “And yet, everyone wants to be able to hold their iPhones” to chat, or check their social media. Someone had to invent the phone and all those apps—and under the hood are mathematics, computer science, and all manner of engineering challenges. She makes the same point about cosmetics, the development of which takes a lot of chemistry. Same with many of the foods we eat, from lattes to chicken nuggets, which require an applied form of chemistry called food science.

“So how do we disrupt that norm about STEM education?” Jones wants to know. “It should be a core part of any curriculum because of the critical thinking and analysis skills you need in any job,” whether STEM-related or not.

Doing good and doing well
Diversity results in improved productivity and innovative solutions to challenges—issues such as climate change, food, and energy all benefit from having more eyeballs examining them from a greater number of perspectives.

“The more people who look at a problem, the better the solutions,” says WSU engineering professor Candace Claiborn. “Taking advantage of the entire population to address global issues, to make sure you get the best solutions—those are reasons enough to embrace diversity in STEM.

WSU sociologist Julie Kmec and an international team of collaborators are exploring the reasons why there are more women engineers in some predominantly Muslim countries than there are in the United States.

“If you’re a lawyer or a doctor,” Kmec adds, “you know you helped that client or patient. Engineers probably save more lives, though, by bringing in fresh water, and so forth.” But the United States doesn’t need roads to make a community accessible to the rest of the world, nor do we have especially pressing water distribution issues, potentially making engineering less appealing to women.

Kmec and her collaborators, in their cross-cultural study of engineering education and practice, points out that in the United States there are more “off-ramps: If you fail at math once, that’s it, ‘I’m not good enough.’ And it happens early, before junior high.” She contrasts this with Malaysia, Tunisia, and other countries where women work as engineers at a much higher proportion.

“In Malaysia, there is no expressed conflict between being female and an engineer. The two identities can exist side by side without tension. Engineering aligned well with girls who love math and physics, and they were encouraged to do so from a young age by parents, fathers, and teachers. Remedial classes helped those who needed to get up to speed in math.”

Kmec and her research team recently garnered an Amazon Catalyst grant to produce a virtual reality environment that will make use of 3,000 minutes of audio interviews of women in Malaysia and elsewhere.

“Viewers will put on VR goggles and choose a theme like ‘Work and Family’ that shows how women in these other countries dealt with their struggles. No one has ever looked at how a tool like this could be used to help women deal with career, home, and life,” says Kmec. She thinks that eventually the program might be useful to human resource departments to develop strategies that make women and underrepresented people more welcome in the STEM workplace.

Jones, who talks to many professionals to understand their recruitment and retention concerns, says that, “men and women approach STEM differently at times. I was talking to an engineering prof who observed that women want to think in terms of, ‘How will what I’m doing affect my community and my fellow humans?’ A lot of times males approach it from, ‘What’s the issue in front of us, what is the issue we need to resolve?’ When you combine both of those? That’s an incredibly powerful way to problem solve.”

Excerpted from “I, Scientist” by Brian Clark in Washington State Magazine