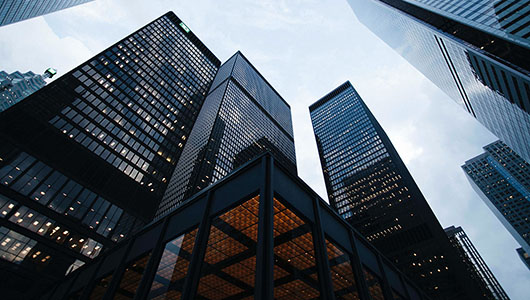 Fortune 500 firms with strong growth profiles are more susceptible to “cooking the books” than smaller, struggling companies, according to a recent study published in Justice Quarterly.

“Prestigious companies, those that are household names, were actually more prone to engage in financial fraud, which was very surprising,” said Jennifer Schwartz, WSU sociologist and lead author on the study. “We thought it would be companies that were struggling financially, that were nearing bankruptcy, but it was quite the opposite. It was the companies that thought they should be doing better than they were, the ones with strong growth imperatives–those were the firms that were most likely to cheat.”

Researchers from Washington State University, Pennsylvania State University and Miami University examined the characteristics of more than 250 U.S. public corporations that were involved in financial securities fraud identified in Securities and Exchange Commission filings from 2005-2013. They were then compared to a control sample of firms that were not named in SEC fraud filings.

Clear trends emerged in the risk of fraud including corporations that were listed in the Fortune 500, traded on the New York Stock Exchange and had strong growth expectations.

The researchers noted that this type of elite, white-collar crime is understudied especially when compared with street crime even though it has more wide-reaching consequences.

“What these companies were doing was essentially fudging the numbers, lying to investors, other companies and the SEC,” said Schwartz. “Eventually, you have to make up for the money that was lost, that really never existed, so shareholders lose money, people lose retirement plans, people lose jobs. It’s very, very damaging.”

Schwartz and her co-authors decided to look at the time period around the global financial crisis that included the fraud scandals of WorldCom and Enron, and the subsequent regulatory Sarbanes-Oxley Act of 2002.

The goal was to identify the conditions at publicly traded companies in which there was a greater risk for fraud. The researchers found that companies with Fortune 500 status were represented nearly four times as often among the firms that had committed fraud than in the nonfraudulent control group. Likewise, firms that traded on NYSE were over-represented among fraudulent firms versus non-fraud – by nearly two to one, a higher rate than those that trade on other exchanges like the NASDAQ or OTC.

The study also revealed that fraud occurred more often in firms where the CEO was also the chair of the board, a potential connection that Schwartz and her colleagues are investigating further.

“We need to look more at corporate leadership arrangements, and the responsibility of individuals in creating the culture of the company itself,” she said. “How can leaders encourage companies to be more successful not only in terms of profit or growth but also in terms of corporate social responsibility?”