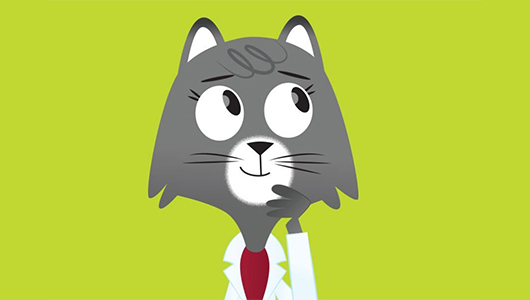 Snakes have an amazing sense of smell. They can use their tongues to pick up on all kinds of scents in the air.

Whenever we smell something in the air, we are actually sniffing tiny building blocks called molecules. These molecules are what make up the scents of everything around us—things like baked bread, fresh-cut grass, and warm cookies.

A snake’s sense of smell
If you were a snake, you might sniff out the scent of a slug or mouse. You’d use your tongue to pull the molecules from the air into your mouth.

Then those molecules would reach a part of the roof of your mouth called the Jacobson’s organ. This organ helps de-code the molecules into smells. The smell might help you find some prey or let you know to slither away from a predator.

I learned all about snakes from my friend Rocky Parker. Parker graduated from Washington State University and is currently an assistant professor at James Madison University in Virginia. He is very curious about how snakes use their senses.

A mysterious sixth sense
While the tongue does most of the smelling, snakes also use their nostrils to take in odors. Parker said we are still learning exactly how snakes use their nostrils, tongues, and Jacobson’s organs to smell the world. But we do know that some other kinds of animals use all these parts to smell, as well.

Lizards will flick their tongues in different patterns to collect odors from the air. Elk and deer will stick their noses up in the air and lift their upper lips to transfer some molecules inside their mouths. It gives them a kind of “sixth sense” that helps them know their world, said Parker.

A nose for breathing
Of course, a snake’s nose is important for more than just helping with their sense of smell. Like pretty much all animals, snakes need a healthy supply of oxygen to survive. The nostrils are oxygen’s way into the body. Oxygen is really important to animals because it helps them produce fuel for their bodies.

Our planet is home to about 3,600 different species of snakes, so we see different snakes with different kinds of lungs. But for the most part, snakes only breathe through one lung.

In most snakes, the left lung is usually smaller or missing completely. It’s a kind of leftover part from their ancestors and doesn’t work for breathing. The right one that runs along their long, tubular bodies is what helps them breathe.

Even though humans can’t smell with their tongues, all of their five senses are powerful tools for navigating the world. Have you ever thought about becoming a scientist one day? With great questions like these, I’m getting the sense that you are well on your way.