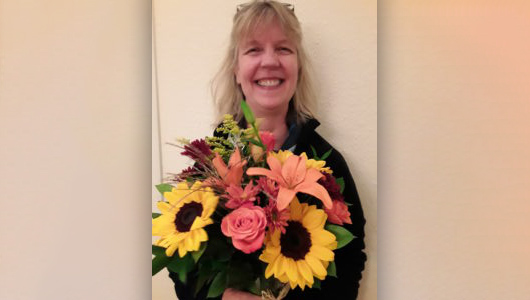 The French Colonial Historical Society has established a new prize in honor of Sue Peabody, Meyer Distinguished Professor of History at WSU Vancouver.

Peabody is considered a major scholar of race and the law in the Atlantic world, and her books have helped transform the field of French colonial history. Her most recent book, “Madeleine’s Children: Family, Freedom, Secrets, and Lies in France’s Indian Ocean Colonies” (2017) won three book prizes and has been translated into French. Her other publications include the book “There Are No Slaves in France: The Political Culture of Race and Slavery in the Ancien Régime” (1997).

The award is intended “to further Sue Peabody’s work promoting diversity and internationalization in the Society and in the field,” wrote Jennifer L. Palmer and Richard S. Fogarty, president and past president of the FCHS, respectively, in a letter announcing the award. They praised Peabody for “her eminent stature in the international field of French colonial history and … the high esteem in which she is held in that field and beyond.”

The letter notes in particular that Peabody is recognized for helping to support and promote the work of emerging scholars, including those from Africa, Southeast Asia, the Caribbean and the Indian Ocean. In doing so, Palmer and Fogarty write, “she has expanded the global reach and significance of FCHS as an intellectual organization.”

The Sue Peabody Award will be granted to a scholar with a doctoral degree and a full-time position at a scholarly institution outside Europe or North America to support attendance at the FCHS annual meeting.